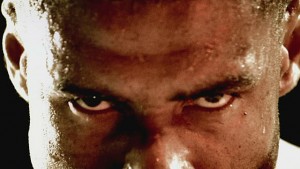 The iconography of the black community lying on a tarred road covered with a sheet, hanging from a tree, or burned alive by a mob creates a seductive voyeurism, which has been a part of American history and culture as long as there has been such. The new Jim Crow denotes these actions continue, but on a subversive level, not to be detected by the masses, and the cause and effect is seen everyday in education, economics, unemployment and the fact black Americans, especially in Minnesota are no better off, then they were in the late 1960s. Change will never come about, even if a political placeholder talks about doubling the efforts and opening up an office for black people. We can always ask the American Indians how that went…

Today, those who command the definitions of human identity have once again reconstructed the definition of human beings by unloading trash bags full of rhetoric and propaganda in an effort to maintain stereotypes. If it’s a Muslim person who shoots and kills, the whole religion is guilty; if it is a black person who shoots and kills, the whole black race is guilty. Now if it is a white shooter, for the most part, he is a lone wolf, mentally troubled.

I say this because we, as people of color, and a thinking folk must realize the American Dream, as an urban utopia is controlled by the white-male masculinity that has historically been the headmaster in the circus of identity who will not be swayed to one side or the other. If this group in the slightest thinks they will lose control, they can and have implemented dangerous and desperate measures, including mass genocide of economic bases for their red-blooded American counterparts – both black and white. But I’d be remised to not introduce the Native American in this conversation, who historically has fell off the map in equity, education and civil rights. The shameful part of the process is that poor whites and most black Americans are strained into a culture that is not their own by simply turning on the television set, picking up a newspaper, or listening to a song on the radio. This represents the intersectionality of many struggles in a nutshell. The political powers that be, including the police have tried, found guilty, and economically executed – in a split second many men (and women) from many ethnic backgrounds across the United States.

Is this how the justice, equity and a fair playing field is supposed to protect and serve Americans? Those who are responsible for defining identities have always made sure social cleansing is never second-guessed. From cotton fields of Mississippi to the White House, the narrative of subjugation arrived at in the mainstream media; law enforcement, political parties and the court system have shown what happens when you are poor, young and colored; It has nothing to do with fairness. Author James Baldwin wrote, “This subjugation is the key to their identity and the triumph and justiﬁcation of their history, and it is also on this continued subjugation that their material well-being depends…This is why, ultimately, all attempts at dialogue between the subdued and subduer, between those placed within history and those dispersed outside, break down…the subdued and the subduer do not speak the same language.” You cannot have justice or peace within a framework of inequality; They are incompatible.

This is the nexus of Black Sweat.