We have many challenges in Minneapolis’ Black community…the appointment of Levy-Pounds as head of the Minneapolis Department of Civil Rights would be a step in the right direction. 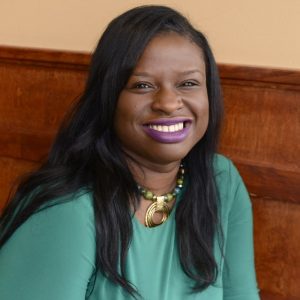 Dr. Nekima Levy-Pounds can do the job that needs to be done. (photo: Facebook – Fair Use)

Minneapolis, Minn…Dr. Levy-Pounds and I haven’t seen eye-to-eye since the unravelling of the Black History Museum and let’s not forget the Minneapolis NAACP elections a few years back where she won the election and became the president of the Mpls NAACP. Well that was then, this is now, and I don’t really care about the museum or the NAACP (local and nationally, they leave a lot to be desired). One thing I can say is that Dr. Levy-Pounds was one of the very few people who knew I spoke what was on my mind and was unapologetic in recognizing that “a voice,” some-voice, needed to be heard on behalf of black people in the state of Minnesota and that usually, black voices are pretty much ignored in favor of a few black, lackluster community idiots.

The Minneapolis Department of Civil Rights; the most non-functioning department in the city of Minneapolis and its leader Ms. Velma Korbel are up against a brick wall; shredding claims, a screwed up call-in line, and many “cash-settled” lawsuits from 2006-2016 that took money and resources from the citizens of Minneapolis and paid out claims of wrongful terminations, sexual harassment and a variety of stupid pet tricks. The challenge, the DFL party, protects consistent malfeasance in favor of a tight-knit club of DFL social “greats” that happen to be black people and party loyalist, so when something goes wrong, what makes you think that anyone in this social cabal will pay?

Well it hasn’t happened yet.

On February 3, 2016, I appeared before the Minneapolis City Council in support of letting Korbel continue on in her role as director of the Mpls. Civil Rights Department and this is what I said:

“In The Minneapolis Department of Civil Rights needs a disciplined, data-driven 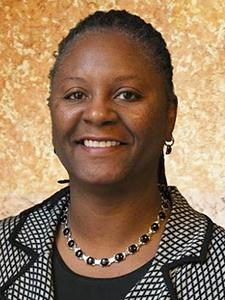 approach for eliminating its defects. The internal and external organizational design lacks integrity and has moved far away from simple perfection. I’m not here today to say Ms. Korbel does not need to be re-appointed – but I am here to say a different approach to the process of civil rights needs to be downloaded. Using a time-management system pinned with a list of objectives should be designed, publicized and expanded upon. For the city’s sake, the TMS must be put in place to demand the highest performance from this agency. As some of you already know, data tables about unemployment in regards to the population of Minneapolis show in some cases an excess of 40 percent for certain zip codes. I maintain the Minneapolis Department of Civil Rights and its neglect to contract compliance are partly to blame for this unacceptable and surreptitious promotion of structural violence. For me, the solution or fundamental objective would be to remove the maleficence-of-process from the daily operations of the department and replace it with user friendly, results driven community and city engagement. This would build a framework for implementing and enforcing good-faith efforts in contract compliance, self-initiated civil rights investigations and for sure addressing the list of solutions from the 2010 City of Minneapolis Disparity Report. There are no self-updates or bug fixes; Ms. Korbel must be re-appointed because she now needs to be a problem-solver that fixes Minneapolis Department of Civil Rights.”

I’m sorry, I was wrong…Korbel is not the person to run the Mpls. Department of Civil Rights, nor has she successfully demonstrated that she has the acumen to reset the department or even handle the out-of-whack contract compliance department, nor does she know how to hold prime contractors accountable for not hiring qualified community members beyond a good-faith effort.

With this written, it’s time for Minneapolis mayor Jacob Frey to make an unpopular, but effective decision and make Dr. Nekima Levy-Pounds the new director of the Minneapolis Department of Civil Rights…immediately!

Like I said in the beginning, we (Levy-Pounds) do not see eye-to-eye on many issues, but one things for sure, this is the best move that will not only shake up the MDCR, but make them an effective operation.

1 Comment on "Dr. Nekima Levy-Pounds must lead the Minneapolis Department of Civil Rights"