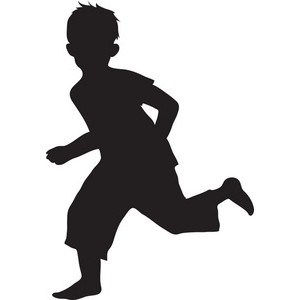 This could have been any of our black American boys. Father’s, pay close attention to your sons. Thank you.

Minneapolis, Minn. – Cleveland police officer Tim Loehmann, reported to have many challenges personal and career-wise as police officer took the roll of judge, jury and executioner in the case of Tamir Rice.

On Sunday morning, casually making my way around to the computer to check the news feeds and my Facebook page, I came across a story that made me sick to my stomach. The New York Times story, “2 Outside Reviews Say Cleveland Officer Acted Reasonably in Shooting Tamir Rice, 12,” was not only a confirmation how justice protects it’s own when there is an injustice, but also the current state of police-community relations, which has failed in showing the positive side of law enforcement.

In the case of Tamir Rice, 12, the story states the following: “The question is not whether every officer would have reacted the same way,” Kimberly A. Crawford, the retired F.B.I. agent, wrote in her report, which noted that Officer Loehmann had no way of knowing Tamir’s gun was fake. “Rather, the relevant inquiry is whether a reasonable officer, confronting the exact same scenario under identical conditions could have concluded that deadly force was necessary.”

The challenge is Cleveland police officer Tim Loehmann was not a “reasonable” police officer. According to a CNN report, nearly two years before he shot and killed a 12-year-old who had an air gun, Cleveland Police Officer Timothy Loehmann resigned from another police job after a supervisor described him as “distracted and weepy” and “emotionally immature.”

Records from the Independence Police Department obtained by CNN include comments from a supervisor detailing what they called “a pattern of lack of maturity, indiscretion and not following instructions,” a “dangerous loss of composure during live range training” and an “inability to manage personal stress.”

“I do not believe time, nor training, will be able to change or correct these deficiencies,” Independence Deputy Chief Jim Polak wrote in a November 2012 memo (CNN).

Less than two-seconds (2 sec), without a “halt,” or assessing the total threat of a 12-year old, a black boy was shot dead by this alleged troubled officer.

The continued rubber stamping for these obvious heinous killings of black men, women and children represent a culture of neglect covered by a secret society that protects it’s own. From the first reading of the outside report, it would seem to this writer the local prosecutor hired two people that are trained in deception.

Be the first to comment on "Protecting Law Enforcement: Outside report clears Cleveland officer, citing “Acted Reasonable” in murder of 12-year-old boy"