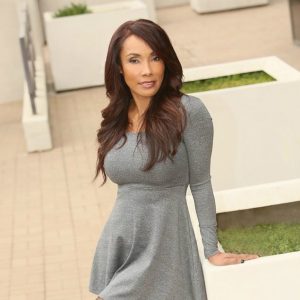 Join us Wednesday, September 27, 2017 at 8:30pm on the Ron and Don Show on #BlogTalkRadio for an EXCLSIVE interview with co-founder of Women Abuv Ground and co-creator of That Glass Jar™. “Bo” is set to expose a trend of Black men and women excluded from the Cannabis conversation and the people who look like us that continue to sell us out.

By The Ron and Don Show

were disproportionately arrested and incarcerated during the war on drugs. Now that marijuana is seen as a legitimate business, advocates argue that minorities should also reap the profits (Tracy Jan and Fenit Nirappil, The Washington Post, 2017).

There’s some names we as black business men and women need to know; the first is DECODE.

DECODE Cannabis Education Fund (really), is a 501c3 organization (of course) tasked with organizing a national mobilization effort to educate Americans on the social benefits of a federal mandate removing Cannabis from the Schedule I. In doing so, DECODE will support important issues in the industry such as decriminalization, inclusion, women and minority business, civil rights, research, caregiver/patients rights, workers’ rights, safety & testing and responsible advertising. But some worry that DECODE is allegedly DECIVING the Black community in the United States by ignoring local business people of color who are in the forefront of the cannabis business, but being ignored by this nonprofit agency.

Sources tell Our Black News that the reverend Al Sharpton could have been paid (allegedly) in excess of $25,000 to be the face and representation of Black America’s Cannabis business; if this is true, Sharpton as again sold out and coon’d the black community once again. In the lead-up to the fourth annual Cannabis World Congress Business (CWCB) Exposition in New York City earlier this summer, Rev. Al Sharpton had strong words for the cannabis industry.

The cannabis industry itself has been largely white. 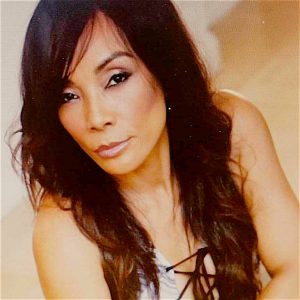 Bonita “Bo” Money is best known for her behind-the-scenes work in Hollywood. Despite having success as a producer early on in her career, with the likes of “Let Me Ride” by Dr. Dre and other big name projects, she surprisingly still faced many barriers.   Bo found that being, not only a young up-and-coming producer but also a young ethnic female, left her fighting for equal pay, respect, and most importantly a network of like-minded women. It’s no surprise then that Bo joined the “Green Rush” on an entrepreneurial whim, but with the complex legalities of an emerging industry that’s still considered federally illegal, Bo did what any smart women would do, foster genuine connections. As Bo learned to navigate the tricky landscape of this illegally legal plant, one of her best friends developed a case of MRSA, a bacterium responsible for causing debilitating almost untreatable infections in humans. It was out of this pure need, to provide her dear friend with compassion and healing, that Bo was able to co-create That Glass Jar™ a powerful cannabis-infused healing topical cream proven to cure the MRSA bacteria as well as a number of other serious illnesses. She quickly found however that touting a cannabis-infused topical was no easy feat. Not while our federal government refuses to acknowledge the medicinal properties of cannabis, a Schedule I drug for which they’ve secured a medical patent.   The whole experience has led Bo to her niche, creating connections to build communities and open doors for all aspiring cannapreneurs, whether they’re working directly or indirectly with the plant. To our great fortune that resulted in her co-founding Women Abuv Ground, a networking organization dedicated to introducing women of color to the cannabis industry, which is by far the only platform to take on such a critical mission. Bo not only knows what it takes but is also eager to share the wealth of information.  “The thing about it is, if you’re not connected, like with any industry, it’s very difficult,” said Bo.

Bonita “Bo” Money provides us with the following facts about women in the cannabis industry:

Women hold 36% of leadership positions in the entire cannabis industry and if you think that number is low, just wait to hear how many minorities hold leadership positions. But know that you’ll have to wait a couple of months, years, maybe. That’s because there is currently no state mandated programs to review such demographic data regarding cannabis business owners. Our guess is that it will be just as shocking as the national average, according to the Survey of Business owners, only a mere 14% of owners are minorities. That’s largely due to the fact that opening up shop requires qualifications and connections as well as large sums of financial and social capital. Add to this a clean record and instantly minorities can find themselves at a huge disadvantage.

“The war on drugs was very biased, very racial…now its creating exclusion for the people of color, because of their criminal record around drugs they’re unable to get licensed,” stated Bonita Money, and as a former producer turned successful Cannapreneurs, she’s well qualified to speak on the subject.

Be the first to comment on "Ron and Don Show with Ms. Bonita “Bo” Money: Did Al Sharpton sell us out (again)?"