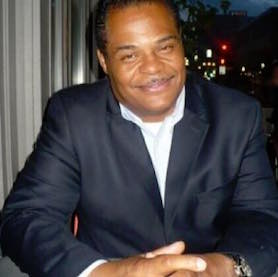 I first wanted to ask this question to the City of St. Paul in regards to the new soccer stadium that is already causing major gentrification issues in the Snelling/University neighborhoods. But hey, since the Super Bowl will come and go, let’s start with them.

Minneapolis, Minn. – (Editorial Opinion) …First of all, this question is problematic for several reason, the first being I do not watch football, or any sports on television, one of the many great features my wife says I have. Secondly, when I ask questions about economic development in Minnesota’s minority-ethnic community, some folks ask me: “What have you done for the community?” It’s a great question and more often then not, my answer is: “I’ve stayed in my lane, asked the critical thinking questions and hoped the community activists, politicians and the self-appointed community leaders in my community (black community), at some point will pull it together and figure out something is wrong in Minnesota, and while some would say we are separate, we are definitely not equal.”

I guess I could have started by asking how many Blacks, Native Americans, Hispanic-Latinos, Asian and Immigrant Minnesotans sat on the the Minnesota Super Bowl committee, but that would have been a misdirect to the real questions. It’s not about the race or color of the people who make the decisions, its about the way they think and the process they use to make decisions. At this point, I feel as if everyone including the local politicians are caught up in the bright-lights of the Hollywood Syndrome; human issues take a back seat to fun, free tickets, events and smiles.

The question I ask has nothing to do with entitlements, victimhood, nor giving handouts, but it has everything to do with fair-share approach for an event that is poised to make the Twin Cities over a billion dollars is revenue. Personally, I have not heard of any Minneapolis’ mayoral candidates talking about the revenue profit and how they would use it, nor have I heard the governor of Minnesota, the honorable Mark Dayton speak as if there was a plan to use “profits” as a springboard to help cherry-pick the most critical blight in Minnesota and use public policy to guide funding in a problem-solving mission that would benefit Minnesota long after the Minnesota Vikings win Super Bowl 52 (just kidding).

The Minnesota Super Bowl Host Committee estimated the Twin Cities metro area will reap $338 million in economic activity from the 2018 game, regardless if some some economists immediately think that amount is too high (Star Tribune, 2017). Stakeholders in the Minnesota’s Black community say the Super Bowl will do better than $500 million-plus and the mainstream is not considering side-deals cut (legally), that would benefit many local businesses including hotels, bars, restaurants and transit. Herein lays the challenge because nobody (at least from what I’ve heard and seen), is talking about how profits from “52” will benefit those less than a mile away from U.S. Bank stadium where a family of four is living on less than ten-thousand dollars a year. Yes, times are tough, but creating meaningful coalitions are tougher.

The current Minneapolis mayor, who might be defeated in November because of her Trumptanious missteps in budget, police operations and leadership remains tight-lipped on even the suggestion of a Community Benefit Agreement (CBA). Mayoral candidate Jacob Frey wants to put so many police in downtown Minneapolis that he went public in a effort to say: “If you look like me, you’ll be safe in downtown Minneapolis.”

Both the St. Paul mayor and Minnesota’s governor are acting more like ambassadors versus problem-solvers by inviting people to see “Minnesota Nice,” versus “Minnesota Real.” But I guess this is how things continue to operate in a state where payoffs to community leaders come in the form of businesses at local venues and direct funding…regardless if anyone’s life trajectory never gets better, there are people at the top who make sure they stay there by never asking any questions and handing the lower one-third of the community to the mainstream on a silver platter.

I think there should be a Community Benefit Agreement (CBA), but not under the current public policy, which is: If they (minority-ethnics) make to much noise, get them leaders in here for a payoff to control the community members and to remind them of the promises that were made. The people at the top (politicians/funders) must stop funding failure or divisiveness. White guilt makes money for some while practical experience and human needs are left to wither like a flower growing in between a crack in the sidewalk.

What have I done for the community? I just spoke my mind…

Be the first to comment on "Minnesota Super Bowl 52: Where is the Community Benefits Agreement?"