“An excellent job with this paper, Don! You chose a very timely topic—in fact, I witnessed a discussion as to whether or not translanguaging was a useful ‘new’ term or not at a conference just last year. Your paper shows that there is indeed a difference and thus the term is useful to describe a specific set of linguistic behaviors. This paper was an absolute pleasure to read. It was well organized and your discussion was carefully presented and supported by the research. Thank you!” 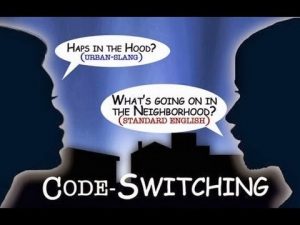 Presently, educational programs as regards bilingual and multilingual are gradually increasing. The last four decades have witnessed several global events that have accelerated the process of globalization. The global events have increased the wide spread of English as a lingua franca and the renewal of minority and heritage languages. The change in the approach from monolingual to multilingualism has contributed majorly to the development of field of multilingual research. However, language programs around the globe are still grounded on a monolingual bias and insist on reinforcing traditional monolingual behavior in the language classroom. Though CS is apparently a hallmark of bilingual communities world-wide, it has only begun to attract serious scholarly attention in the last few decades. Researchers ﬁrst dismissed intrasentential codeswitching  as random and deviant (Weinreich 1953) but are now unanimous in the conviction that it is grammatically constrained. The basis for this conviction is the empirical observation that bilinguals tend to switch intrasententially at certain (morpho) syntactic boundaries and not at others.

Codeswitching involves the use of two or more languages, varieties, or even dialects within a single language turn. This occurs both inside and outside of classrooms. Several scholars have attempted to define code-switching and code-mixing. According to Hymes (1974) codeswitching  is a common term for alternative use of two or more languages varieties of a language or even speech styles. Also Bokamba (1989) proposed that code-switching is the mixing of words, phrases and sentences from two distinct grammatical (sub) systems across sentence boundaries within the same speech event.

Codeswitching is a widespread phenomenon in bilingual speech, and it is therefore not surprising that a great proportion of research on bilingualism focuses on codeswitching . Most researchers, who have paid attention to code-switching, have however been concerned with the sociological interpretation and discourse functions, i.e. the socio-pragmatic aspect of code-switching. For this reason, linguists who do not specialize in bilingualism often automatically assume that research in codeswitching means sociolinguistic research. It is certainly an interesting issue to investigate when and why a speaker chooses one linguistic variety rather than another: this can be explained by stylistic or metaphorical motivation, where factors such as the interlocutor, social role, domain, topic, venue, medium, and type of interaction play an important role. In this case, language alternation can also serve as a conversational cue, expressing attitudes towards language or marking linguistic identity (Auer (ed.) 1998). Only in recent years has research on the patterns of codeswitching, i.e. its grammatical structure, become increasingly focused on in bilingualism research (s. Myers-Scotton 2002).

Researchers in this field discuss the types of code-switching structures that are possible within a given data set. It is possible to offer interesting indications about the underlying structure of language systems by analyzing code-switching constraints, i.e. the points within a sentence at which the transition from one language to the other is possible. This approach can be described as the grammatical approach to code-switching (Auer 1998).

Codeswitching scholarship within sociocultural linguistics may be divided into several (sometimes overlapping) streams. For the purposes of this paper, three broad areas will be discussed: the social psychological approach of Myers-Scotton’s markedness model (1993) and related work; analyses of identity and code choice; and studies of the effect of codeswitchin  on talk in interaction. This last category, largely based on conversation analysis, tends to view codeswitching  behavior both as a method of organizing conversational exchange and as a way to make knowledge of the wider context in which conversation takes place relevant to an ongoing interaction.

Codeswitching  and borrowing are based on some principled combination of elements of the monolingual (i.e., unmixed) vernaculars of the bilingual community, it is important to have as explicit an idea as possible of the nature of these vernaculars before concluding that a code-mixed element is behaving like one or the other. The analysis of code-mixing as a discourse mode requires access to the grammars of the contact languages as they are spoken, and spoken language is characterized by structural variability. In confronting, rather than evading this variability, Sankoﬀ et al. (1990) and Poplack and Meechan (1998) developed a method to compare bilingual structures with the unmixed source languages of the same speakers. Making use of the framework of linguistic variation theory (Labov 1969), the inherent variability of such forms is used to determine their status. If the rate and distribution of, for example, case-marking of the contentious lone other-language items show quantitative parallels to those of their counterparts in the (unmixed) recipient language, while at the same time diﬀering from relevant patterns in the donor language, the lone other-language items are inferred to be borrowed, since only the grammar of the recipient language is operative. If they pattern with their counterparts in the (unmixed) donor language, while at the same time diﬀering from the patterning in the unmixed recipient language, the lone other-language items must result from CS. Quantitative analysis of language mixing phenomena in typologically distinct language pairs shows that lone other-language items, especially major-class content words, are by far the most important component of mixed discourse. These lone items show the same ﬁne details of quantitative conditioning of phonological, morphological, and syntactic variability as dictionary-attested loanwords, both of which in turn parallel their unmixed counterparts in the recipient language (Poplack and Meechan 1998). This tendency is apparent regardless of the linguistic properties of the language pair. This is evidence that most lone items are borrowed, even if only for the nonce, despite the lack, in some cases, of dictionary attestation or diﬀusion within the community.

Translanguaging differs from the notion of code-switching in that it refers not simply to a shift or a shuttle between two languages, but to the speakers’ construction and use of original and complex interrelated discursive practices that cannot be easily assigned to one or another traditional definition of language, but that make up the speakers’ complete language repertoire.” (García & Wei 2014)

The term translanguaging was first coined by Williams (1994) to refer to a pedagogical practice in Welsh schools where two languages were employed within the same lesson. As an example, students were asked to read in Welsh and write in English. Therefore, both languages alternated. Since this first definition, the concept of translanguaging has been further developed over the last decades in line with the change of language paradigm moving from monolingualism to multilingualism (see Lewis, Jones & Baker, 2012, for a review). At present, the term translanguaging is not only employed in education, but in all multilingual spaces, from homes to streets. In fact, translanguaging refers to “the communicative norm of multilingual communities” (García & Sylvan, 2011, p. 389).

Also García (2009, p. 44) proposed that Translanguaging is an approach to bilingualism that is centered not on languages as has often been the case, but on the practices of bilinguals that are readily observable. These worldwide translanguaging practices are seen here not as marked or unusual, but rather taken for what they are, namely the normal mode of communication that, with some exceptions in some monolingual enclaves, characterizes communities throughout the world.

More specifically, Canagarajah (2011, p. 401) claims that translanguaging refers to “the ability of multilingual speakers to shuttle between languages, treating the diverse languages that form their repertoire as an integrated system”. Such conception contrasts with a monolingual perspective according to which languages were conceived as bound systems located in separated boxes in the brain. In line with current models, such as the Dynamic Model of Multilingualism proposed by Herdina and Jessner (2002) suggests that multilingual speakers use the language systems in their linguistic repertoire as a continuum and not as entities detached from each other.

Nevertheless, to the best of our knowledge, very few studies to date have explored the translanguaging practices of very young learners, although the one conducted by García, Makar, Starcevic and Terry in 2011 can be considered one of the few exceptions. García et al. (2011) analyze the language practices of 37 preschoolers aged five and six at a school located in the city of New York. The school follows a two-way dual bilingual program in which Spanish and English are taught as vehicular languages. Even though classes are supposed to be only in English or only in Spanish, the authors describe how these young multilingual learners use translanguaging for six functions: (1) To mediate understandings among each other; (2) To construct meaning of what the other is saying; (3) To construct meaning within themselves; (4) To include others; (5) To exclude others, and; (6) to demonstrate knowledge. According to García et al.’s (2011) findings, the most common function of translanguaging is to co-construct meaning. However, the focus of this study is on a bilingual program, and, as far as we know, very few studies have taken into consideration the interaction of more than two languages inside the same.

Language experts across the globe have investigated in their experiments the causes, functions, characteristics and effects of code-switching. Such investigations on the causes of the phenomena, for instance, have revealed sociolinguistic and psycholinguistic factors. One is bilingualism or language contact that results “in lexical borrowings and mixture of English and vernacular expression” in the speech of West African bilinguals (Ansre, 1971; Bamgbose, 1971; Cheng & Butler, 1989). Some are status, integrity, self-pride, comfortability and prestige (Akere, 1977; Bokamba, 1989; Hymes, 1962; Kachru, 1989; Kamwangamalu, 1989). Other causes include modernisation, westernization, efficiency, professionalism and social advancement (Kachru, 1989; Kamwangamalu, 1989). According to these scholars, some of the functions of code-switching and code-mixing are intra-group identity (Gumperz, 1982); poetic creativity (Kachru, 1989) and the expression of modernisation (Kamwangamalu, 1989). One of the major characteristics of both phenomena is their imposition as the norm of language use in the most bilingual communities (Kamwangamalu, 1989). Among their effects, however, are undermining of certain traditional values (Kachru, 1989), innovations in the structure of one of the other of the languages code-switched and code-mixed (Kamwangamalu, 1989) and making one language to be more dominant than the other, thereby causing the individual to switch always to the dominant language (Cheng & Butler, 1989). It is observed that all the studies on the phenomena reviewed so far above are silent on the implication the phenomena have on language acquisition right from childhood. It is this area that this study focuses and explores in order to verify what the situational implications are in respect of the acquisition of language in childhood.

The foregoing study appears to have shown that code-switching and translanguaging correlate positively with the educational attainment of individuals. As shown also, both phenomena have their merits as well as demerits in the speech repertoire of their users. Some of the functions of code-switching and are intra-group identity (Gumperz, 1982); poetic creativity (Kachru, 1989) and the expression of modernization (Kamwangamalu, 1989). Translanguaging refers to the ability of multilingual speakers to shuttle between languages, treating the diverse languages that form their repertoire as an integrated system. Such conception contrasts with a monolingual perspective according to which languages were conceived as bound systems located in separated boxes in the brain.

Bokamba, E. 1989. Are there Syntactic Constraints on Code-mixing? World Englishes 8(3).

Williams, C. (1994). An evaluation of teaching and learning methods in the context of bilingual secondary education. Bangor: University of Wales.