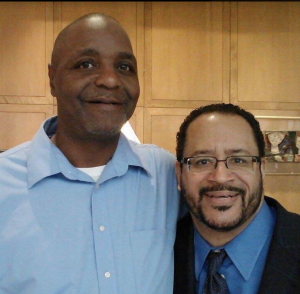 Al Flowers, candidate in a crowded field of contenders for Minneapolis’ mayoral seat that is up for grabs in 2017. Local mainstream media outlets, mainly the Star Tribune have ignored Flowers and have taken quotes out of context and attributed them to other candidates in what we think is an attempt to silence Flowers and his come-from behind non-traditional approach.

On Monday, July 31 around 8:00AM, Minneapolis mayoral candidate will mix it up with the two most important men in political talk radio: Jon Justice and Drew Lee of the “Justice and Drew Show” on Twin Cities News Talk, AM 1130/FM 103.5; an #iHeartRadio station.

Flowers says, “I humbled by this opportunity to be on such a powerful radio program and I hope that listeners will tune in and hear what I have to say. I’m not scared to answer any question, but I also want to make sure the real story gets out,” said Flowers.

Over a month ago, a north Minneapolis mother was traumatized when she came home and found her 15-year old daughter in the bedroom closet dead from hanging herself. The Star Tribune, fully briefed on the situation never wrote a story about the circumstances surrounding the young girls’ death, nor that she was interrogate by police for over four-hours who sought information about a local north Minneapolis murder the young child might, or might not have witnessed.

Flowers is instrumental in making sure the public has the opportunity to review police body camera footage planting himself in the state legislature in 2016 demanding that privacy wasn’t just for the police and local news agencies.

About Al Flowers – Truth to the People! www.TruthtothePeople.com

Al Flowers believes that police accountability starts with the City of Minneapolis following the Federal Mediation Agreement between the Police Federation and the community. 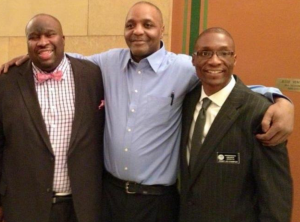 The black elected and Al.

Communities are united together to get needs met for all in Minneapolis under Al Flowers leadership. Whether you are White, Somali, Latino, LGBT, Hmong, young, elderly, or Black, you have a seat at the table.

Al Flowers has shown through the radio and TV the importance of talking to people. We need a Mayor who will excel in walking into every community and have an authentic dialogue, not just there for a photo-op.

Minneapolis has become a nation wide embarrassment for our horrendous police-community relations. It has gotten to the point that people do not call the 911 because they view the police making the situation even worse. This has got to stop. Al Flowers believes that the Minneapolis Police should serve all residents in this city.

Too much bureaucracy is getting in the way providing good policies and resources to people. Al Flowers knows that basic rights are not “privileges” and getting paid for your work is not an “entitlement”. Al Flowers has established programs with many to meet the needs of families and individuals in Minneapolis.

Al Flowers cares for our Elders and Youth

Al Flowers has Strength and Dedication

Often times fragile egos get in the way of getting things done. Politicians would rather be heard they are right then doing what is right for the people. Al Flowers has demonstrated the strength to pursue good ideas and is dedicated to do what is best for our communities.