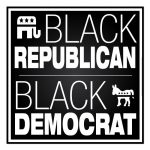 Join co-hosts Don Allen and Jamar Nelson Saturday at 6pm on Twin Cities News Talk’s Black Republican, Black Democrat Show on AM 1130, FM 103.5 and online at www.TwinCitesNewsTalk.com. In our first segment, we present in a #BRBD exclusive, Bonita “Bo” Money, one of the few women of color in the emerging, billion-dollar cannabis business.

In our second segment, we introduce Minneapolis mayoral candidate Jonathan Hornerbrink as he gives us one of the most real stories about the “evil” within the city of Minneapolis and what he will do as mayor when elected in November. This is a most listen program as #BRBD continues it’s 2017-2018 Candidate series.

A cannapreneur, Bonita “Bo” Money is one of the few women of color in the emerging, billion-dollar cannabis business. She’s the co-creator of That Glass Jar™, a cannabis-infused topical, and founder of Women Abuv Ground, a networking organization, dedicated to introducing the cannabis business to women of color. As a 25-year veteran of the entertainment business, her current projects include producing segments for ESPN’s “30 for 30” sport documentaries as well as a scripted television series, called “The Chronic,” which documents her inner working with mega rappers Dr. Dre and Snoop Dogg within the walls of record label Death Row. To hear the panel discussion, visit the Women Abuv Ground YouTube. 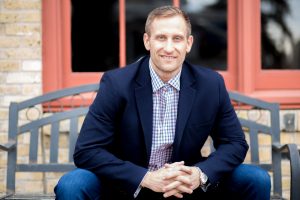 Quote from campaign website: Our City is broken. Failed policy, failing institutions and generation after generation of weak leadership have left us with a broken system and a broken government. But in truth, fixing this City is not about us today. It’s about our children. While we argue over politics, our most vulnerable citizens suffer most. Our children suffer when communities are not safe, when their parents can’t get a decent job, when “affordable housing” costs too much for their families, and when schools fail to educate and prepare them for success in life. And yet, for another year, the other candidates have ignored our most precious asset, our children. That’s why I’m running. That’s who I’ll defend as mayor.

Phone lines will be open, we look forward to having you the Black Republican, Black Democrat Show, part of Black Politics in Minnesota and the Black Jedi Radio NetworkTM –  an iHeartRadio program exclusive, all rights reserved.

Be the first to comment on "Bonita “BO” Money and Minneapolis mayoral candidate Jonathan Hornerbrink on the Black Republican, Black Democrat Show…Saturday at 6pm (CST)"