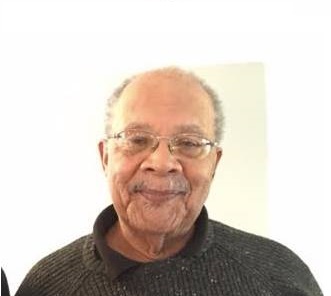 Ronald A. Edwards – The Minneapolis Story(dot)com.

By Ronald A. Edwards – The Minneapolis Story and Guest Columnist

Donald Trump spoke truth when he asked Blacks in Milwaukee, Friday, August 19, 2016, what has the Democratic Party done for Blacks, and then appealed to the Black vote by asking, “What the hell have you got to lose?” These are great questions offering a challenge to Black America. The answer to “lose” for both sides is the same: the decisions of the new nominees for the Supreme Court.

This is not new. Blacks have been appealing for ending obstacles to prosperity opportunities for far longer than Donald Trump. Yet Trump is correct when he implies we should not vote for any party that leaves us in the back of the bus.

During the six days from when he asked his questions and this column was submitted, Hilary Clinton and liberal Democrats have been slow to provide a response to Trump’s very interesting reflections, especially about key realities regarding inner-city Black communities:  second-class schools and teachers, second-class jobs and higher unemployment among 17-34 year old Black men, second-class housing and economic neighborhood development, and second-class efforts dealing with higher incarceration rates for crime and gun violence in our neighborhoods.

It appears as if Donald Trump is reflecting on this dynamic in our history while Democrats deny it.

Donald Trump echoes what has long been known and long eloquently expressed, before, during, and since the Jim Crow period, although too many chose to ignore it. Trump echoes what Black historians and community and civil rights activists have long said. In 1932, enlightened Negroes were saying the same thing to the Republican Party regarding Black America’s support for Franklin Delano Roosevelt as Donald Trump is doing regarding Democrats in 2016.

Those who research history archives regarding the first third of the 20th century discover that by 1901, both the Democrats and Republicans had sold out the African American and the African American future in the United States of America, a sell out that continues in the 21st century, regardless of who is president.

President Woodrow Wilson, a Democrat, was so comfortable abandoning the Negro that in 1914, he segregated, by executive order, the entire city of Washington, D.C., the supposed city that was to be a beacon on the hill shining its light of freedom, liberty, and justice. It appears as if Donald Trump is reflecting on this dynamic in our history while Democrats deny it.

Too often Black reflections are not accepted until the same facts are seen as relevant only when a White person makes them. What Donald Trump said must not be dismissed. The Harlem Renaissance and driving forces for deep discussions and calls to arms became a movement that would not be denied, even as the country moved into the Great Depression.

Again, thank you, Donald Trump, for supporting what Blacks have been saying since 1863. A lesson for everyone: know your history — and vote.

Be the first to comment on "Trump challenges — can Democrats respond?"