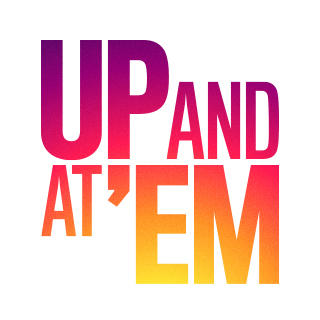 On Monday, Donny Allen makes a special appearance with host Mr. Andrew Lee and show producer Ms. Lump. We hear Jamar Nelson will be in too! (photo: Fair Use, Google search).

When an icon ascends to a higher conciseness of being, there is always another to icon to step in and continue important conversations the people need to hear.  Tune in on Monday, August 1 (6AM) to Twin Cities News Talk Radio’s “Up and At Em” AM 1130/FM 103.5 – (click here for live stream-iHeartRadio) as the “Angry Black Guy” Donny Allen joins Lump (Sam) and host, Mr. Andrew Lee for a program that be to say the least an euphony (the quality of being pleasing to the ear, especially through a harmonious combination of words) of dialog.

“Dad, Husband, Veteran, Educator, Visionary and Social Reconstructionist – yes, that’s who I am,” said Donny Allen in an interview just before taping his second episode of “Justice by Any Means” for TV-ONE and the Discovery Channel due out Fall 2016.

The truth is Donny Allen is not angry; he loves his people (veterans and all people). He’s the type of person that looks at the world through a lens of “what if” possibilities; sometimes, he’s very vocal using his news network Our Black News, part of the mega-giant news agency, the Independent Business News Network (IBNN), founded by Allen in 2008.  Donny uses a loud bullhorn on social, racial, political and economic issues that get him labeled as a hothead as seen here in a message from state representative Rena Moran to a “friend” on Facebook:

State Representative Rena Moran wrote: “Thank you for reaching out to me and supporting me in my position as State Rep.  Don Allen is a hot head and has never supported me.  I don’t think he’s going to start now.”

The fact is Donny Allen is probably one of the smartest people we know. He is a social reconstructionist, which is a person that emphasizes the addressing of social questions and a quest to create a better society and worldwide democracy and as an educator (K-12 and adults), he focuses on curriculum that highlights social reform as the aim of education. “We need to start somewhere to literally address a society that will call wrong, right and right, wrong. There are very few men and women that will speak up about processes that have provided nothing but rhetoric to the lower one-third of the community and the mainstream; I’m always put in a box…I’ve grown comfortable yelling from it,” said Allen.

Donny worked in Corporate America for more than 15 years. He has been a critical political mover in roles as campaign manager, communications point-person, and damage control spin-doctor. Donny has written several nonprofits from competing the Articles of Incorporation to the IRS 1023’s (with programming narratives) for several nonprofits. In 2016 he presented a plan for a public-policy research think-tank to the Minnesota GOP Caucus. He’s written over 5000 stories for his news network every year since 2008. He’s also be published by several local and national publications (print/online). He started out his career in radio at WAYL/KMFY in Eagan, Minnesota in 1985 after being honorable discharged from the United States Army in 1981.

Currently, Donny is finishing his Master of Arts in Education MA-Ed at Hamline University is St. Paul, Minnesota. His capstone is about veterans and what makes a veteran-friendly campus.  Allen hopes to teach at a college level again like he did in the fall of 2015 and continue make education a better place for the millions of teachers, students and families who attend public and private schools in the United States.