Editor’s Note: We once again are right in the middle of an election year. Many incumbent candidates in the Twin Cities who represent a large portion of the minority-ethnic and mainstream communities have failed as law makers. Senator Bobby Joe Champion is one who needs to be replaced. 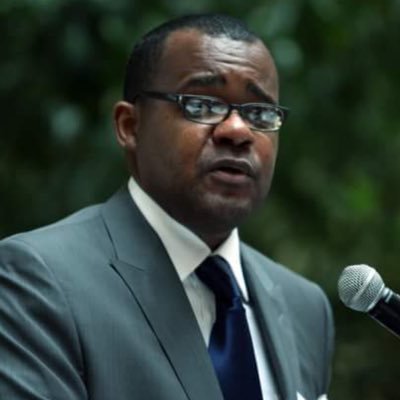 Mr. Patwin Lawrence: A much needed change for an area of Minneapolis used for it’s assets of poverty, wealth and murder.

Minneapolis, Minn. – Sen. Champion has denied his constituency an opportunity to participate in the political process in the upcoming August 9th primary. Patwin Lawrence who is challenging Sen. Champion in the August primary requested several times this week to have a debate/candidate forum with the incumbent.

On Wednesday, SD59 Chair Jeff Strand, in an email communication with Mr. Lawrence, declined the idea of a debate/candidate forum. Lawrence gave Champion till 5pm on Friday, July 22 to make a decision whether he would support or deny his constituents the opportunity to have a debate/forum.
This type of behavior is not surprising, but typical of Sen. Champion. In May, Sen. Champion agreed to have a community meeting with North Minneapolis constituents questioning the $35 million appropriated to various non-profits in the recent legislative session. The meeting has not been scheduled.
An important piece of Lawrence’s platform is if he is elected to the state senate, he will have town hall meetings around the district before each legislative session to collate constituency ideas and craft a community driven legislative agenda to take to St. Paul. He would also regularly meet with constituency, especially at their request.
For more on Patwin Lawrence’s campaign platform/ideas, visit patwinlawrence.org/the_issues
About Patwin Lawrence:

Patwin Lawrence (DFL) – the best thing for the North Loop, North Minneapolis and Bryn Mawr (a neighborhood within the Calhoun-Isles community in Minneapolis. It is located directly west of downtown Minneapolis.)

Patwin Lawrence is the former three-timed elected board chair of the Minnesota State Council on Black Minnesotans.  In 2011, Patwin was appointed to the council by Gov. Mark Dayton.  At the beginning of his four-year term with COBM, Patwin was elected to the council’s executive committee and has served in the capacity of board secretary and has chaired the council’s Legacy Fund and Economic Development committees.

Patwin has also served on the Minneapolis Urban League’s Board of Directors as President of the Minneapolis Urban League Young Professionals (MULYP). Under his leadership, MULYP hosted Politics with a Purpose: How the 2010 gubernatorial election affects communities of color, a unique political forum, where community leaders, political candidates and young professionals came together to network and learn from a panel composed of legislators, judges, educators, and media personalities on how the average citizen can impact the political process.

Patwin has been a guest panelist on Conversations with Al McFarlane and American Media and Ken Stone’s Redesigning Minnesota series as well as the Minnesota Non-Profit Conference and served here years as a session facilitator for the Minnesota Rising UnConference. In Feb 2014, Patwin was honored by the Minnesota Timberwolves for Black History month.

Living in the Twin Cities since the fall of 2001, Patwin has worked for Target, Wells Fargo, Capella working in a project management capacity. While at Capella University in 2004, Patwin worked with team members to formulate a strategic to raise learner retention and at Target in 2007, he was awarded an Ambassador of Excellence award.

A native of Columbia and Charleston, South Carolina, Patwin has always had a love for history and historic preservation. Patwin Lawrence holds a B.A. degree in History from the College of Charleston where he was the recipient of the Charleston Cultural and Scientific fund grant for his genealogical and historical research into the history of Charleston’s antebellum free African-American community. Patwin has been an amateur genealogist for over twenty years, tracing his family back to the early 1720’s. For leisure, Patwin enjoys reading, going to events, dancing, and having good times over food and drinks with friends.

Be the first to comment on "Senate District 59 incumbent: Not the People’s Champion"