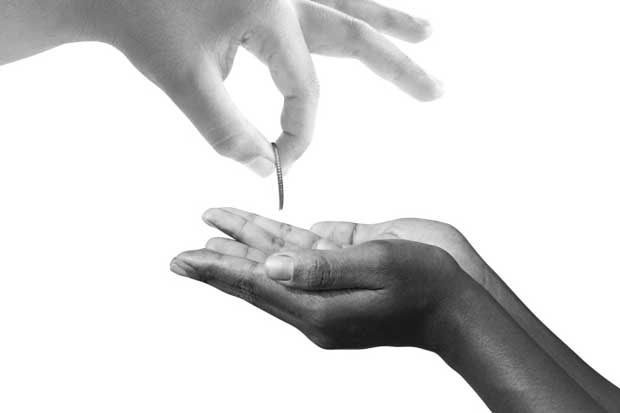 A penny for you black Minnesotans…(photo: Fair Use).

If your large panties are in a bunch it’s an uncomfortable feeling; tight, restrained, pulled. Black Minnesotans are thrusted three-shades to the wind when asking for a pullup versus a handout. The powers that be have racialized the police and prefer handouts; that’s the way they keep the sheep voting for empty promises.

There are three sides to every story; each story has a unique plot-twist that persuades listeners, watchers or readers to believe in it. Unfortunately, a story, fiction or non-fiction can be told from a perspective of deception that only the storyteller may have insights to why it is important for the public sphere to believe this version. Black Minnesotans have been made many promises to end generational disparities, but it seems the Negro problem is getting worse than ever. If there is such a thing as fixing an issue of culture, race, class and equity, then now is the time. How do we get to the point of cordial and diplomatic solutions before we implode?

Before I get into this, I will be the first to extend the olive branch by saying if I offended you, or anyone you know personally, politically or professionally…I apologize (but they probably deserved it).

This has become a critical epidemic in the Twin Cities, more specifically north Minneapolis. On a daily basis there are reports of residents hearing shots-fired at all times of the day. In some cases, other black people are shot and killed – including babies. These heinous events should have never happened with the county working hard inside the community. The African American Men’s Project –  now a useless waste as a referral agency should be shut down and resources moved to agencies like Education Explosion and Superior Training Facility for solid 16-21 youth engagement. The city, county and state must also increase its financial resources to Summit Academy OIC and provide dormitory-style housing close to the trade-school for up to 600 students. This alone would decrease crime in north Minneapolis.

If the county and city are really interested to get weapons off the streets, they need to provide several career-track compensated work therapy programs. There is Hennepin County Medical Center; University Fairview and several private sector employers that can take on 50-100 men and women 18-21 who were engaged in a pre-job program teaching the fundamentals of having employment and the responsibilities of a job. Food services, housekeeping and grounds keeping could be possible positions to consider until places like the Minneapolis Urban League can start an entry-level clerical training program (if Summit Academy OIC doesn’t beat them to it).

Those who promote racism and tensions

Milquetoast racist: a person who is timid or submissive but promotes racist ideology surreptitiously. Caucasians in Minnesota that promote the idea that somehow black Americans should have a lower standard of adherence to the rule of law are condescending racists. Their ACTIONS reflect a belief that Blacks are inferior and incapable of adhering to common social standards–and they are standing up for the inferior blacks. This is why white liberals cater to the delusions of persecution and perpetual demands for money they did not earn! The flip side of that is why won’t the state hire great black Minnesotans – especially veterans of color.

Minnesota governor Dayton came out and assassinated the character of two police officers without any evidence. He publically convicted them of a human rights violation without trial or due process.

Dayton put the lives of officers at risk.  Furthermore, his White Guilt and the black people who work on Dayton’s plantation told him their stories about race and interactions with police. He then proceeded to jump in front of a microphone in the public sphere and spew generalizations, political rhetoric and put all law enforcement in a racial box.

How sad Minnesota has a governor that does not have any relationship with culture, race, class or community. Governor Mark Dayton’s celebratory Negroes have no connections with Minnesota’s black community. Until Dayton realizes he’s been hacked, the downward spiral of inner circle fables will continue to cripple Minnesota.

The problem has never been the police, it’s the mayors, governors and political leaders that give the orders.

Be the first to comment on "Minnesota Panties: Fixing the Negro Problem"