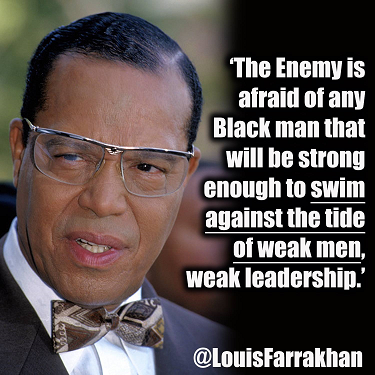 The first time we met was at NorthPoint during the African American Men’s Project. I regularly came to meetings for the communications committee. Regardless or not if we ever had a conversation, you would always say hello, or “What’s happening,” and give me that “black man nod.” It was appreciated.

I read in the Star Tribune where you defended organizations led by black men to author the correct message as in your co-written editorial, “Story about stadium construction, diversity goals were off the mark -Summit OIC and its leader were unfairly targeted for their workforce hiring efforts.”

What troubles me today is what happened last Tuesday at the press conference held inside of the State Office Building in Saint Paul and why you have not stepped up to address top-of-mind disparities that stem (in my opinion) from leadership tied at the hip to one political ideology. I watched you frown as I asked my question about “the plan.” Is it that bad for people, including me to ask very important questions about the future for our sons and daughters? Is not okay to question those leaders, some as you know are self-appointed who lack vision and a solid work ethic? Or is it all part of a plan to misdirect the community (again) to make sure the needs of the few outweigh the needs of the many? As it stands now, there are too many derivatives and variables to hash-out.

If you recall, in the parking ramp of the state office building, as you spoke to the Minneapolis Urban League’s president Mr. Steve Belton, I walked by and said, “Hello Mr. Cunningham,” giving you the full respect I would expect in return; but you put your head down, frowned and did not bother to respond. This is a serious issue that has popped up on several occasions with other black men and women like the time when Protesters Interrupt Mayor Hodges At MLK Day Event, or during the Fourth Precinct protest when folks effectively shut down words by the mayor. The news story has a photo of you in the center with the same look on your face you gave me last Tuesday (here). Is this a trend, or just a fluke?

Being the city of Minneapolis’ first-man, there would seem a point that you would get to a cordial and diplomatic conclusion with people you did not agree with. I personally or publically have no issues with you; but it seems you are not taken back to put on a face of ill-repute when talking to black men and women who do not agree with you.

Your position at the Minneapolis Economic Development Association, again in my opinion denotes you have cordial and diplomatic community engagement. If you’ve done this to me, how many more people have experienced the shutdown of engagement from you. This creates and issue for you; the community and any political ventures you support.

I guess what I’m saying is for you to get over it. You need change agent allies, not people who despise you. There is a book I would recommend that has helped me get over people who I did not think were worth two-cents. It’s called, “SWITCH,” by Chip and Dan Heath. One of the best sentences in this book, (and after re-reading Malcolm Gladwell’s Tipping Point), wondering why my community and public policy is not a priority to overcome generational disparities made me think to change my personal approaches per SWITCH; meaning if the right path can turn a jerk into a saint, then the right path can turn a change enemy into an ally (Heath, 2010, p. 225). (from: The Social Epidemic of Change in the Status Quo of Black Minnesota: How to Incorporate the philosophy for change as described in SWITCH to create Policy-Situational Overview. By Don Allen).

That’s all for now.

Be the first to comment on "Open letter to the Mayor’s Husband: Gary Cunningham – Don’t worry, it will be okay…"