Tune in Monday, Sept. 14 at 8 a.m. to Twin Cities News Talk Radio, AM 1130 for the interview with Mr. Ronald A. Edwards (The Minneapolis Story) and Don Allen (Our Black News), as they breakdown the Bill Davis situation proving this process is nothing new in the black community. 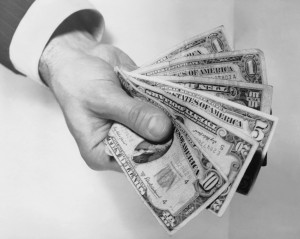 “Just make sure your-people vote for the DFL CANDIDATE. Here’s some WAM.)

Since 2008, the Independent Business News Network, now Our Black News published articles about alleged misuse of funds meant to assist the poor, homeless, hungry and unemployed in Minnesota. More importantly, both outlets, with historical context provided by Mr. Ronald A. Edwards, published compelling and factual events of money going to black-operated nonprofits from local white-run philanthropic organizations on local, state and federal levels. The money, controlled by a few that clearly knew that no critical engagement happened, continued to fund their personal black-community gatekeepers. This has been going on for more than 25 years, where the few in the black political and social inner-circles benefited largely off the wide-range of disparities in Minnesota’s black communities. If philanthropic agencies knew Davis and others did not complete grant requirements, then why did agencies continue to give money?

For the most part, these black men and women who we attest stunted the growth of black communities in St. Paul and Minneapolis, where all very good friends of the DFL…including Bill Davis.

Bill Davis didn’t just start stealing nonprofit money in 2010. In the book by Ronald A. Edwards, “The Minneapolis Story,” he writes, “In 1991 the Minneapolis NAACP, under the leadership of Davis, allegedly ripped-off over $160,000.00.” This Whistleblowing by Edwards caused him to be permanently banned from the NAACP organization for life; one of a few black Americans banned from the NAACP not for corruption, but for telling the truth.

In 2001 the Minneapolis NAACP branch did very well. They had over $1 million in their coffers from No Child Left Behind money which they mismanaged so bad, that in 2005, the Minnesota Department of Education sanctioned the NAACP to stop the bleeding of this money into the pockets of only a few. Again, This is all recorded in the book, “The Minneapolis Story,” by Ronald A. Edwards (while you’re at it, read the piece about Holman, which is now Heritage Park in north Minneapolis; also carefully read the chapter about Carter v. Gallagher).

Enter pluralistic ignorance, a situation in which a majority of group members privately reject a norm, but incorrectly assume that most others accept it, and therefore go along with it.

You want to say something to local black agencies led by members of the black community that have achieved the ultimate positions in the DFL social club, you can forget it. You look around and notice that none of the community members, politicians, or black leadership is concerned with the obvious malfeasance (in some cases, they’re in on it); there are no central negatives (agent provocateurs) to derail groupthink. In fact, no one will say so much as said a word to the nonprofit leader who received the money that’s being jacked-off. It’s as if they system is very comfortable with the way the black agencies behave. Some in the community, afraid of being made fun of, marginalized, or rejected for speaking up decide not to say anything. What some of us don’t know is that most of the community agrees, and were just afraid to be the first one to speak up. This is an example of pluralistic ignorance.

Minnesota’s black community does not like it’s dirty laundry in the streets, but you can look at many black agencies from the Minneapolis Urban League to the StairStep Foundation and find something askew about the way Minnesota’s black community was or was not engaged even with millions of dollars granted and that continue to be granted to the same players doing the same thing they’ve been doing for over 25 years…nothing. But heck, that’s called paid control of the black community.

Be the first to comment on "Bill Davis: White Democrats aided and abided years of malfeasance and theft from the black community via nonprofit funding"