There are people who believe that a good number of welfare recipients are junkies, with these individuals asking for states to step up efforts to isolate such recipients so as to cut down on benefit payments. However, the states that are already spending money to identify and exclude drug users from their Temporary Assistance for Needy Families (TANF) programs are not seeing spectacular results from this spending. 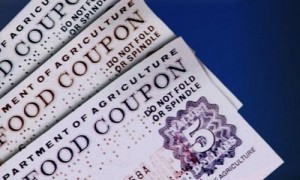 States such as Arizona, Kansas, Mississippi, Missouri, Oklahoma, Tennessee, and Utah have spent hundreds of thousands of dollars to drug test welfare recipients.  The amount collectively spent so far by these states hovers well over $1 million. However, less than one percent of recipients in tested positive for illegal substances in virtually all of the states, according to data collected by ThinkProgress.org. The figures show that positive tests among the welfare applicants were lower than the national drug use rate.

The main belief among the proponents of bills to drug test welfare recipients is that such would help states in significantly cutting spending on food stamps and unemployment benefits. This argument has definitely not been justified based on the aforementioned data.

One of the said states, Missouri, passed a bill in 2011 to commence drug testing of applicants and started screening in 2013. Of the 38,480 welfare applicants in the state last year, 446 were tested on suspicion of drug use, but only 48 tested positive. That outcome is hardly impressive, given the $336,297 budgeted for testing in the year.

Similarly, Utah passed its drug testing bill in 2012 and implementation commenced in August of that year. From inception up until July 2014, welfare applicants numbering 9,552 were screened and 838 of these were tested for substance abuse. Only 29 tested positive for drug use in a program that cost the state almost $65,000.

In Kansas, where a drug screening law was enacted in 2013 and enforcement began in 2014, 65 of 2,783 welfare applicants in the first six months of implementation were sent for drug testing. Just 11 of these 65 tested positive, while 12 failed to show up for their tests. A Kansas Department of Children and Families spokesman disclosed to ThinkProgress that around $40,000 was spent on the program over the six-month period.

The story is not much different for the remaining three states. This revelation hardly justifies clamor in some other states for drug testing to be done on welfare applicants.