Tune into the Ron and Don Show on #BlogTalkRadio Wednesday, June 17 at 8:30 p.m. – the phone lines will be open to discuss the recent rash of homicides and what the community can do solve this dangerous epidemic. To listen, click here.

The following video (North Minneapolis) was sent to Our Black News via Facebook. This proves some youth are off the grid:

There were three recorded shootings on Tuesday, June 16 in the Twin Cites. One person confirmed dead and the condition of the others unknown. As it stands now children are out of school and the level of common street violence has risen to a level that has drawn the attention of the mainstream media and concerned business owners in the area affected. 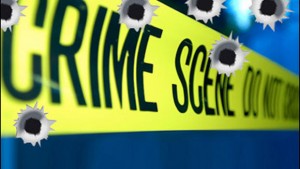 Youth never engaged are off the grid; that’s how crime scenes are made.

Social media has been buzzing with cell phone videos of youth fighting in the streets, swearing and outrageous behaviors that are common in low-income areas where no summertime employment is available and the local adults working who need to pay bills to survive fill the McDonald’s job market pushing out what was commonly known as an entry level job. It’s definitely not the 1970s anymore in the Twin Cities.

Since 2008, many community leaders, social service agencies and philanthropic foundations have focused resources towards the ever-growing challenge of youth violence in the Twin Cities. For the most part, boutique engagements, meaning working within safe parameters so that real issues and youth with weapons, ready to kill at the slightest disrespect or relationship challenges are never addresses nor is there been an intentional concern about these throw-away youth.

Killing by gun in the Twin Cites is an all too common theme. One of the many questions that arises during conversations is how do youth get weapons in an area that is economically unqualified to produce such weapons? Year-to-date, no one can answer the question on how youth get weapons, but everyone agrees, there is no gun manufacturing plant owned by blacks, and guns come into the community the same way drugs do…imported by someone who is non-black.

A longtime north Minneapolis resident that we will call, “Tony,” for his safety, told Our Black News, “It’s easy to get a gun. Sometimes people on drugs have stolen weapons like knifes, rifles and handguns and just want to sell them. I’ve heard of white dudes from the suburbs who sometimes trade weapons for drugs. There are many ways these guns get in the hands of the youth. Nobody talks to them either.”

What “Tony” says is the truth. There is a level of community members in the Twin Cities that are off the grid. Nonprofit agencies with the missions of addressing youth violence never make contact with these children, sometimes that are drop outs from school and wander the streets with their peers looking for trouble. At this point, I do not have a solution, but I wish the city, schools and state would stop funding the usual suspects in the Twin Cites that have no relationship with community members off the radar. Until we (the black community) re-connects with these youth; and the school address the cultural needs; and the city realizes the need for summer employment, more people (including innocent folks), will be killed by children who use guns.