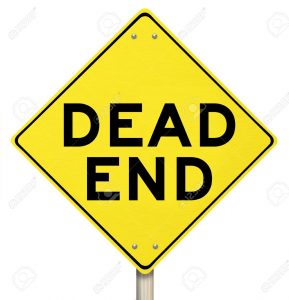 Don’t start no stuff, won’t be no stuff. (photo: Fair Use)

It’s not every Friday night I get to take slow walk in the warehouse district of downtown Minneapolis. This night was rare. After having dinner with the family I was phoned for a meeting that I was told would change the thinking and dynamics of black people…it sounded interesting, let me explain. I stopped attending community meetings back in 2009; it was a choice between contributing great ideas with the acumen to pull them off, or watching people (black) with the intelligence of bean-sprout walk my ideas to their handlers and through some amazing magic trick, self-appointed leadership that never graduated from high school or knew what the word syllabus meant were mysteriously funded to do work in the community they had no business doing. It didn’t matter, from crime to some tornados, the wrong black group always got the money; kept their personal lifestyles and the community was warned that anyone who challenged them was either on medication for number of mental illnesses, or this person is trying to disrupt the Black community and he or she are “toxic.” There I sat – my associates too…crazy, marginalized outcasts who for whatever reason did not fit inside the construct of the circular conversations, secret glad-handing and political head-nods limited to black community insiders.

I walked closer to the establishment where the meeting is being held, I looked around at the people walking on the street, smiling, holding hands and having those Friday night conversations about the work week. As I strolled by one outdoor sidewalk patio bar, a woman, around 40 with blonde hair and medium-build, or the typical Minnesota-type with strong but feminine features shouted, “It’s Friday! Two more days and we start all over again.” Her friends looked at her, laughed, held their glasses up in the air and toasted, “…to Monday!” I smiled as I made eye-contact with two of the people gathered as a non-verbal communique, as if to say, we all know you can relate.

Yeah, starting over…that’s what needs to happen in Minnesota’s Black community. A reset of the most critical type is long overdue in this town.

Walking at night, safely, gives you a clear perspective of your surroundings and lets you think freely about whatever it is that crosses your mind. As I walked, looking in windows of downtown establishments as I passed by, I wondered, where are the black people? I know many who are professionals that work real hard and one could argue these establishment like green pieces of paper from anyone. Is there a conspiracy to keep black folks out? Are they not serving chicken wings and crab-cakes? Oh well, just a few more feet and I’ll reach my destination.

I pulled the bar door open and was greeted by an older gentleman, probably in his late seventies; he was friendly, personable and looked at me from head-to-toe and moved close to me and said, “I don’t want you to take this the wrong way, but I’ve never seen a black man wearing wing-tip shoes.” We both laughed as I could see in his eyes he meant know ill-will, but was comfortable enough with me at first-look to be honest about what he was thinking. I pondered what if everyone could be that friendly, cordial and diplomatic?

After a quick scan of the bar looking for familiar faces – “Mr. Allen, your meeting is straight in the back, through the red double-doors on your left.” What…he knows my name? That’s very interesting, someone at the meeting must have told him I was coming.  I usually never get a case of the nerves, so I gently strolled back to the doors as instructed, opened them and went in.

“Glad you could make it Mr. Allen,” said a voice at the end of a long table. The room was dimly lit, smoky and cool. “Have a seat,” that same voice said, so I walked in front to sit down in what had to be a Bradington-Young Afton 3-Way Lounger…a leather chair of the finest quality.

“Let me introduce everyone,” a voice murmured from the end of the table.

“To your left is Mr. Racism. We invited him here to speak to you about the significant uptick race-baiting and hate towards other people. On your right is Mr. White Privilege and Mr. White Guilt; both gentlemen feel they have been misrepresented in society and would like a chance to ‘straighten out’ the historical assumptions leveled against them.”

“My name is Mr. Structural E. Violence (the “e” stands for Economic), I’ve dedicated my life to the obstruction of a forward-moving society aided by people who look like you Mr. Allen,” said the voice directly in front of me at the end of the table. There I sat, looking and wondering where this meeting was headed…

Be the first to comment on "Is the New MN Black Power, Non-Power?"