by Ron Edwards – republished with permission of www.TheMinneapolisStory.com 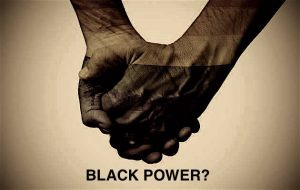 While it affects all races, colors, and creeds, people of color are disproportionately represented. The Minnesota Department of Health’s “Race Rate Disparity in Drug Overdose Death” report showed that African Americans were twice as likely to die of a drug overdose than Whites — the second worst race disparity in the country.

For perspective, 12 years of the Vietnam War resulted in 58,220 death, which averages out to 404 a month. Those 404 who died each month were accompanied by protests and riots on college campuses and in the streets.

In the case of Vietnam, we actively challenged U.S policy. Yet, there are no protests or neighborhood and community campaigns anywhere regarding drug overdose deaths. Will we remain quiet in the face of U.S. policy related to this epidemic of death?

Silence regarding this drug overdose epidemic is everywhere, including from elected officials, political leaders, clergy, media, neighborhood and community groups, etc. The silence during the weeks prior to writing this column has not only been frightening but also emotional as we shed tears for those who died — it has also been spiritually troubling for those of us trying to find meaning and comfort in it all.

It was three years ago that now-outgoing Hennepin County Sheriff Richard Stanek began to call attention to this deadly epidemic’s rise across the Twin Cities’ African American neighborhoods and communities. He took it upon himself to hold meetings in neighborhoods across the county.

Stanek challenged neighborhood leaders to be aggressively consistent in dealing with this drug overdose epidemic. Yet, save a few whispers, silence remained regarding this epidemic, and the death toll continued to rise. He was not re-elected.

All African Americans, regardless of gender and age, have been impacted. For those who may doubt the word “epidemic,” I urge you to speak to your elected leaders and to the Minnesota Health Department.

Many know, yet remain silent, about far too many people of color dying from this epidemic. For example, the drug conditions in the homeless tent camp along the East Franklin and Hiawatha corridor has been a red flag since the early spring of this year. Too many quietly watch as the increase of fatalities from illegal drugs and overdoses surge ahead.

The deadly silence will do more to create fatalities and anxiety and fear than having no plan of action.

Do we act or wait quietly with our intentions regarding this epidemic of drug overdoses, claiming it is due to mental health failings so there is nothing we can do?

The Supreme Court and mental health officials have shown and ruled regarding the importance of public health regarding drug use, drug abuse, and overdose deaths, as well as whether the use is for medicinal purposes such as prescriptions and painkillers or the new categories related to drugs used for pleasure and for religious uses. Will mental health become a cover even for intentional users?

At some point, neighborhoods and communities must step up to the plate and insist that effective plans of response be implemented to curtail drug deaths.

Justice Thurgood Marshall warned in 1989 that as “action against the drug scourge is manifest, the need for vigilance against unconstitutional excess regarding civil rights is great.”  That is also true today. Now, what do we do?

Ron Edwards is an author and hosts radio and TV shows.

Be the first to comment on "Black Silence: When will we address the opioid epidemic?"