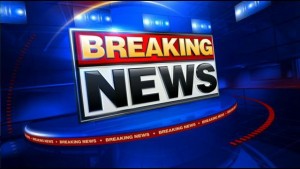 Diversity does not get Affirmative Action.

(Critical Thinking) …These days, when you hear the word “diversity” used on every college campus, at local schools, Fortune 500 companies an local-city political infrastructures that denote diversity is the number-one mission for it’s citizens, it makes you wonder what they mean?. The problem with diversity is its just a word that can put lipstick on a pig because nobody (I don’t care who), really knows how to use the word; what the word means and “if” diversity is what they really have – or don’t have.  According to the Merriam-Webster.com dictionary, the word “Diversity,” means the condition of having or being composed of differing elements (Merriam-Webster, 2017).

The problem begins when humans (mostly white people) in charge of brand identity decide that there is not enough “different people,” and diversity is the word they look for to self-correct an already bad situation when looking directly at the minority-ethnic complement of their universities, businesses, schools or local community. To think that some how if they can fix the challenges of diversity, if any, it starts with people who look different from those in charge. One of the main missteps with people who set up diversity are the people. Walk into an office of any local “diversity officer” and for the most part, you’ll find a black woman or man; a gay man (or women) or a host of religious types who seek vision to connect with others. There might be a few cultural artifacts hanging in the office; a photo of Martin Luther King, Jr.  – he’s safer than Malcolm X because Mr. X said, “By any means necessary,” and Rev. King just said, “I have a dream.” Somehow dreamers seem safer in the context of diversity.

The challenge of wanting to address diversity comes from a social construct predicated on a need to be politically correct and the innocence of not knowing what diversity really looks like, let alone self-practicing. In most cases, even if there are no extenuating circumstances, the need to address diversity becomes a societal mechanism duplicated in a construct that says blacks, gays and women need equal time, citing that in most cases they are somehow being alienating the mainstream. Again, the relevance of shooting-or putting a horse down, addressing diversity and its meanings is only as good as the intent to take successful corrective actions that would benefit both the model, opportunity and of use and its functionality. Like a horse, diversity is not a pet (Note: Putting a lame horse down is a useful tactic if the horse is no longer able to function in a way that would benefit its utility as a horse). To set the record straight diversity is not a color of people; diversity is not how many women or men you encounter in a work day; diversity is not uniform, diversity is not titled; and most of all, diversity is not Black.

The word “diversity” means “opportunity” – plain and simple.  Having diversity on a university campus, a business, or a city means having the opportunity to be unique or being composed of differing elements; not to pick a side, but learn about both sides; have an opinion and not be judged. Diversity inside a business does not mean how many black people work in an office, but making sure there are opportunities to work in said office.  In closing, diversity can never be diverse unless there is opportunity.

For the most part, diversity is overused, mislabeled and used to create white-guilt with meanings far left-of-left with no foundations of logic to stand on.