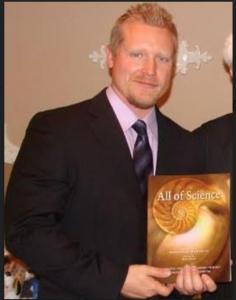 Tune in this Saturday at 6pm (CST) for the best in #BlackTalkRadio on Twin Cities News Talk, AM 1130, FM 103.5, or download the iHeartRadio app has we welcome Mr. Matt Johnson and other surprises. You can also listen LIVE via the world-wide web by going to www.TwinCitiesNewsTalk.com – an iHeartRadio station. This program is brought to you by the Black Jedi Radio Network and the letter “B.”

The Black Republican, Black Democrat Show and co-hosts Don Allen and Jamar Nelson welcome special guest Matt Johnson in our episode: All About Minneapolis. Together this dynamic group of radio Jedi’s will take a closer look at the “numbers” and using Mr. Johnson’s “Number Shrewdness,” get the real scoop on numbers that are not always presented in a truthful light.

Matt Johnson is an urban dynamicist, a city scientist, who utilizes mathematical and scientific tools to study urban environments in cities. In particular, he studies depressed systems, for example parts of North Minneapolis, by analyzing and modeling adverse socio-economic factors such as crime, education, unemployment, and foreclosures and condemned and vacant buildings.

One application of his research involves how black business, if supported with sound policies by city government and the business industry in general, could help lead traditionally depressed parts of cities to economic stability and vitality. As a consequence, such policies could help to reduce discrepancies in socioeconomic factors such as business and employment, for example.

Matt is also the Editor-in-chief of and a research scientist for The Systems Scientist, which is an online magazine publication. The focus of the magazine is science news, urban systems, and providing a format for opposing political points of views.

The phone lines will be wide open!

Twin Cities News Talk, AM 1130, FM 103.5, or download the iHeartRadio app has we welcome Mr. Matt Johnson and other surprises. You can also listen LIVE via the world-wide web by going to www.TwinCitiesNewsTalk.com – an iHeartRadio station.