Mr. Hamilton had many sons, I was one. He knew what his students needed and made sure each of us worked towards success while listening to his oral history (stories) and experiences to help us avoid making mistakes in life. He did say, “Some of you will touch the flame on the stove just to check and see if it will burn. That’s okay; that’s curiosity.” 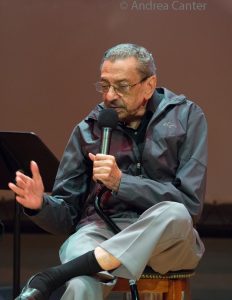 Mr. James “Jimmy” Hamilton; father to many, teacher of all.

Mr. Hamilton would have figured it out. Matter of fact, he probably already did. In 1976 I joined the Minneapolis Central marching band, the teacher was Mr. Hamilton. This was a man with profound wisdom who chained-smoked Benson and Hedges cigarettes in the band room between classes; of course in those days’ people weren’t hyper sensitive…no global warming; no bathroom issues; boys were boys and girls were girls (period). In 1976, the Minneapolis Public School system was one of the most admired and functioning school districts in the United States. Educators came to the Twin Cities from across the world to see what made MPS tick; what was the organizational design that graduated all students from all walks of life and why upscale parents chose public schools over private schools, especially Minneapolis Central, Washburn, West (Uptown, where the Y sits on Hennepin and 28th), Edison, South, Marshal U, North (All high schools), and Bancroft, Field, Fowell, Bryant and Ramsey (elementary and middle schools). Each school had a complement of teachers like Mr. Hamilton who match the current culture, curriculum and academic content, in short, every student was motivated to get to school everyday, which created an academic social construct of unique connections, environments and unprecedented learning experiences in real time. We were the best.

Mr. Hamilton was a teachers-teacher. Every student he came in contact with had a separate and eye-opening experience with this man. I remember him walking up to one of the football players at Minneapolis Central and telling him, “You probably will sit the bench this season and I need a tall tuba player for the marching band; you can always play basketball during the winter.”  Of course we had a new tuba player and Mr. Hamilton worked with him teaching him how to read the music, play the notes and of course, march with the rest of the band. Mr. Hamilton inspired greatness in all of us. Then there was me; I played alto sax in the first chair until a woman by the name of Mona Wong got to central, she was one hell of a sax player and could read music ten-times better than I. That’s when I switched to b-flat tenor saxophone – it was a good time sitting next to Sue (the other sax player and far removed from the flute section, who at times weighed on my nerve.

One of the repeated greatest experiences I ever had at Minneapolis Central is when Prince would show up after the last class of the day and sit on the piano with Mr. Hamilton talking to him about theory. Back then, my job for the Neighborhood Youth Corp was being the teacher’s aide for band and Mr. Hamilton. Prince and Mr. Hamilton could look at each other and not say a word and the piano would chime out cords like an augmented seventh cord embedded into a funky riff. The experience is something I can never forget.

When I said Mr. Hamilton would have, or did figure it out, I meant this thing about black, poor and disenfranchised students not doing well in our local public education. Mr. Hamilton had the gift of connection, like all teachers should. This is the man who raised me and a thousands of other students while we were under his leadership in high school. A lot of us didn’t have our father’s in the house and Mr. Hamilton made room in his life to be our advisor, father-figure, friend and music teacher. For this I am grateful and Mr. Hamilton will live forever.

Be the first to comment on "James “Jimmy” Hamilton: The Death of a High School Band Teaching Legend"