by Don Allen, Publisher-Educator and Conservative

Minneapolis, Minn. – In a city where the unemployment numbers in many zip codes are double-digits, you’d think the mayor would focus all of offices extra resources on addressing equity, unemployment and economic development in her city; but not Minneapolis mayor Betsy Hodges. Mayor Hodges is determined to stack the deck of liberal race-baiting and in-fighting that proves the mayor is nothing more than a one-term placeholder and shouldn’t attempt at running for re-election in 2017.

Mayor Hodges is keen on delivering her versions of spectacles in the form of hideous propaganda such as the letter below: 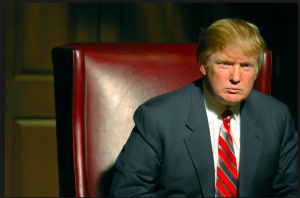 He doesn’t need to be the your pick because he’s the president-elect of the United States.

“Islamophobia in all of its forms is unacceptable, dangerous, and wrong. The suggestion by members of President-elect Trump’s transition team that World War II-era Japanese-American internment camps could be viewed as a ‘precedent’ for a registry of immigrants coming to the United States from Muslim countries is horrifying.

“We have spent two generations recovering from the shame of those camps and asking how we can stop ourselves from being so hateful again. In 1988, President Ronald Reagan, a Republican, signed into law a bipartisan bill that apologized to Japanese-Americans for internment and made reparations to them. The bill, called the Civil Liberties Act, explicitly acknowledged that it was ‘race prejudice, war hysteria, and a failure of political leadership’ that led to the shameful internment. Yet now the Trump team is using the camps as a positive reference point for their scapegoating and hateful idea of a registry of American Muslims.

“I will have none of it. As Mayor, I will instead spend my time and energy on creating jobs, helping youth succeed, supporting entrepreneurs, keeping people and communities safe, promoting livable and affordable neighborhoods, and building community so we can keep moving forward toward One Minneapolis. We will not go backward.”

“Finally, to the Muslim community in Minneapolis, I say once again: I stand with you today, and will continue to stand with you as President-elect Trump takes office.”

What’s “horrifying” is that a mayor who promised to end veterans’ homelessness; wealth gaps and address the lack of equity inside and outside the city of Minneapolis would idea, publish and distribute such propaganda to the citizens of Minneapolis. How the mayor connects “Japanese Internment Camps” to the current state of terrorism and the election of the new president is a stretch to say the least. Hodges, like the mainstream media are trapped in an alternative universe bounded by sensationalism and driven forward by racism, hate and the ability to capture simple-minded scare-tactics in an effort to cause more marches, blocking of highways and the tainting of young minds that might be better served learning the historical meaning of a Trump presidency, which I’m sure is not a concern in the least.

Above, in Hodges’ statement she says, “As Mayor, I will instead spend my time and energy on creating jobs, helping youth succeed, supporting entrepreneurs, keeping people and communities safe, promoting livable and affordable neighborhoods, and building community so we can keep moving forward toward One Minneapolis.”

We all know this is election propaganda that is too little to late for the citizens of Minneapolis.