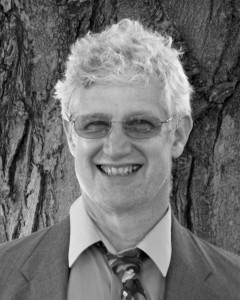 By Doug Mann, Guest Columnist – Our Black News Twin Cities and a member of the Minneapolis NAACP.

Is “White Privilege” something like not being oppressed on account of race, i.e., about not having equal access to jobs, housing, cab rides, service in a restaurant, and not being stereotyped as lazy, shiftless, etc?

The term “white privilege” was used in Tides Foundation sponsored anti-racism for white people seminars that explained racism as privilege and power, that whites use their power to preserve their privileges. All whites are racist, and no person of color can be racist. Whites are racist regardless of their conduct. And nowhere in the curriculum was the role of law and public policy addressed, and if that is irrelevant. Eliminating racism apparently requires making no demands on the government. This type of anti-racist education is quite common in corporate anti-racism seminars and in university courses about racism.

Black Lives Matter Minneapolis reportedly sent representative to talk to the Governor recently, but apparently raised no demands related to their concerns about gaps in access to jobs, housing, education, etc. Are they content with tokenism as usual, such as another job training program.

The most critical demand to put forward in the Jamar Clark case is the demand to release videotapes and other “public data” related to the use of deadly force by a cop against a civilian. But the BLM leader, first and foremost, Nekima Levy Pounds does not assert the public right under law to see that evidence. Protesters blocking traffic with signs saying “release the tapes” will get on the front page of the Star-Tribune, but that demand can be
safely ignored by the law enforcement agency in charge of the investigation, the Bureau of Criminal investigation as well as the Governor. Mayor Betsy Hodges says that evidence of the use of force is non public data, and no BLM leader disputes that.

This is all classic kubuki theater, where the antagonists are really on the same side. The protests are a spectator sport. Mass, legal demonstrations are dismissed because they get less media attention than traffic blockades. No serious demands are being raised.

When Black Lives Matters got an audience with Hillary Clinton, she ridiculed the movement for making no demands on her, other than to say the magic words: “Black Lives Matters.” She even quoted Frederick Douglass, saying something to the effect that those in power will concede nothing without a demand.

When it comes to organizing, it helps to have money, but the money coming from “liberal” foundations and think tanks comes with strings attached. That is why demands are not forthcoming from those who got or are going after that money.

The Minneapolis NAACP is very interesting in getting money from a whole lot of corporations and foundations. This was discussed, especially in the context of an annual Freedom Fund dinner, and in a plan to seek corporate sponsorship of delegates to last summer’s NAACP national convention. This quest for corporate money is doomed to failure only if the NAACP starts putting a lot more distance from the DFL, and starts making demands on the DFL in line with the organization stated mission. What can one expect of a group whose leadership is hot-wired to the Democratic Labor Party and its patronage
network?