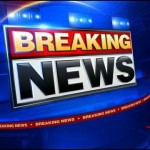 Why is the mainstream press silent?

There have been incidents of black teens on their knees begging white staff not to lock them in their rooms to white staff responding “stop taking the white women.” I (Mr. Rosenbloom), have bought this and much more tor attention of commissioners including staff calling black kids cock suckers to asking black kids if they want to be called nigger.  The EEOC issued findings in my favor saying I have been discriminated against for raising such issues that is in an EEOC finding it cannot be debated.  I have brought many issues such as this to County Commissioners only to be met with silence this silence allows this kind of racism and mistreatment of black youth while they are in lockup this is criminal and cruel punishment these kids are going through and when a black man like me speaks up I am retaliated against. if you want a copy of my federal complaint ask for it I will send it to you this is a matter of the black community must be involved in our black kids being treated unfairly while they are in lock up it does not make any sense at all.

Rosenbloom writes, “The physical evidence (unlike hearsay, regarding the previous outside investigation conducted by Cory Ayling) shows Supervisor Bill Merrit and Superintendent Brian Portzen involved in the use of county computers to place bets, register on betting sites, the announcing of winners and collection of money during work hours all for personal gain and in direct violation of policy. “

The above-mentioned high ranking officials were part of a television news investigation awhile back showing staff claiming to be working, but were shopping at local stores and other activities during this news sting.

Rosenbloom is asking that AFSCME representatives move for an investigation with the support of County Commissioners because upper managers involved hand down discipline to line staff for policy violations. “This kind of double standards cannot be overlooked,” said Rosenbloom.

“You will see that names of line staff have been redacted. However, for an investigation, copies can be provided showing the names of many, many staff involvement, including collecting money in the workplace all what appears to be in violation at upper managers’ approval. This gambling has been going on for years and must be stopped and appropriate discipline of upper management handed out in fairness of other line staff disciplined by upper managers for things such as refusing mandatory shifts and suspensions for not working overtime, despite family situations being told to do so, at the last minute, or towards and ending shift. I hope to hear from you regarding this matter soon to prevent my hiring a lawyer, hunger strike, or sit-ins at the Commissioners office in the interests of fairness and not ignoring the hard evidenced attached.”

There is also a request for AFSCME members that AFSCME representative’s follow-up on this matter.