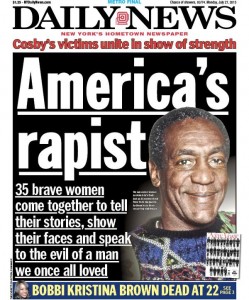 I really look forward to seeing the headline, “Charlie Sheen, the Sexual Death Sentence.” I don’t guess we will see that anytime soon. (photo: New York Daily News – Fair Use)

When we use the lens of deconstruction in any situation, we realize that there is something wrong or incomplete or dishonest or unintended with how it was put together in the first place.

Yes, I too have skeptical about elucidations about what it means to treat one person one way and portray another person different light.

Just for clarification, this is my editorial about what I see happening in the world today. Not everyone looks at the world as I do, but there is always room for a new look. It’s true; women should not be subjected to any malfeasance, abuse or objectification, nor should they become entangled in a web of allegations that rock the very foundation of history and what some in the United States have grown to love and care about.

Deconstruction is a critical outlook concerned with the relationship between texts and meaning. My critical lens in the situation between Cosby and Sheen is based on an understanding of “criminality” as a product of the use of power to limit the behavior of those individuals excluded from power, but who try to overcome social inequality and behave in ways, which the power structure prohibits; or accepts (in short, a postmodernist deconstruction). It focuses on the identity of the human subject, multiculturalism, feminism, and human relationships to deal with the concepts of “difference” and “otherness” without essentialism or reductionism, but its contributions are not always appreciated (Carrington: 1998).

According to the New York Daily News, “A firestorm of controversy surrounded comedian Bill Cosby after multiple allegations have surfaced claiming that he sexually assaulted numerous women, with alleged incidents dating as far back as 1969.” Cosby, the 77-year-old is known around the world for his role as the lovable father Heathcliff Huxtable on the long-running sitcom The Cosby Show, and for having a stand-up comedy career that spans five decades.

However, beginning in 2004, various claims of sexual assault and date rape began being leveled against Cosby. 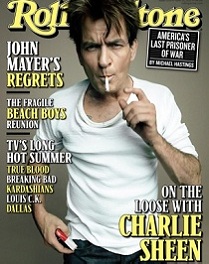 In Sheen’s defense, titles on web search results prove that Sheen’s sexual assaults on women cannot be his fault: “Charlie Sheen HIV Positive — Actor Has Virus That Causes AIDS”; “Who Gave Charlie Sheen HIV Aids?” and The Cruel HIV Stalking of Charlie Sheen Takes Us Back To The Ignorant 1980s. Remember, Sheen, who allegedly boasted of sleeping with more than 5,000 women? He went public to confessed his illness and that he was paying women off who he had sex with, knowing of his infectious status.

To deconstruct the misnomers in the American (United States) culture, in simple clarity, Sheen was thrown a life preserver, a smile and some forgiveness – for Sheen was a victim of his own lifestyle and he is a white male. The white-male patriarchal system of checks and balances passed on condemning Sheen. On the other hand, Cosby was thrown head-first to the concrete. What a difference a race makes.

On the other side of society’s moral and racial compasses, in walks the creator of some of the best children’s television programming in history. A man who didn’t feel as if vulgarity was a necessary part of a stand up comedy routine; a man that put Jell-O pudding on the map and made almost every black family strive to be that middle-America black family as portrayed on The Cosby Show.

Enter Bill Cosby; American entertainer Bill Cosby has been the subject of publicized sexual assault allegations. With the earliest alleged incidents allegedly taking place in the mid-1960s, more than 50 women of either rape have accused Cosby, drug facilitated sexual assault, sexual battery, child sexual abuse, and/or sexual misconduct. Earlier sexual assault allegations against Cosby became more public after an October 2014 accusation by comedian Hannibal Buress went viral, and many additional claims were made after that date. The dates of the alleged incidents span from 1965 to 2008 across 10 U.S. states and one Canadian province.

Here’s the difference between what happened to Bill Cosby and Charlie Sheen after allegations became public knowledge:

1. Spelman College, a historically black women’s school in Atlanta, has officially terminated a professorship endowed by actor Bill Cosby and his wife Camille. While the university did not cite a reason, the move comes one week after CNN obtained a copy of a decade-old deposition in which Cosby admitted he procured drugs to give to women he wanted to have sex with. 2. The University of Massachusetts Amherst and its alumnus Bill Cosby has split ways amid allegations of sexual assault and rape. Bill Cosby resigned as an honorary co-chair of UMass Amherst’s capital campaign. He no longer has any affiliation with the campaign nor does he serve in any other capacity for the university,” said a spokesman for the school. 3. Boston’s Berklee College of Music also axed Cosby’s relationship with a scholarship named after him. 4. Meanwhile, High Point University in North Carolina scrubbed his name from its advisory board. 5. Tennessee’s Freed-Hardeman University canceled plans to have him speak at a benefit dinner earlier this year, NBC reports.

Important voices in the black community also distanced themselves from Cosby; he and wife Camilla, were set on a social island abandoned, alone and African-American-less.

In the case of Cosby and Sheen; both acted (allegedly for Cosby), inappropriately. But one suffered social, cultural and educational life changes, while the other is free to roam the world.

What a difference a race makes.

2 Comments on "Deconstructing Bill Cosby, Charlie Sheen and the Double Standards of Race"