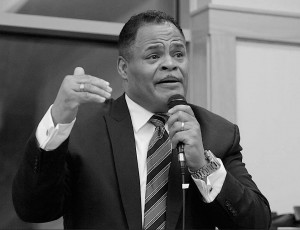 “I love my people; not just the ones who make it to the 6 and 10.” Publisher Don Allen, Our Black News.

With over six homicides in Minneapolis’ minority-ethnic community since death of Jamar Clark, you would think someone would be worried about the dangers of oversight. No, these invisible black-on-black murdered men and women will not make television news, protests, marches, rallies or concerts. Simon says, “Control them Jim Crow.”

North Minneapolis resident Jamar Clark became recognized when a white law enforcement officer used his weapon to shoot and kill this black man. I attest if another black person killed Mr. Clark on the streets of north Minneapolis, the governor of the state would never visibly be interested in a special legislative session to deal with Minnesota’s Negro challenge. What does this mean for the many who are killed in the same manner by our own people? Are the black invisible murdered lives worthless?

I assert not to have this figured out. Usually, I only ask questions that I do not have the answers. Various groups from the street corners to academia have turned their heads and looked the other way when a black person, man or woman kills another black person. I am told, it’s different; a white police officer didn’t kill these black people so there is no reason to protest, rally or demand the release of a video tape. Say we did protest, rally and make demands when black-on-black crime happened in the Twin Cities and across the United States, who would listen? People tell me it’s foolish to be concerned about black-on-black killings when white police officers have a free ticket to beat and kill whom they choose.

Historically, the Twin Cities has seen multiple killings of unarmed black men executed by police. In 2010, David Cornelius Smith, an avid basketball fan and member of the downtown Minneapolis YMCA, was executed by stun gun on the sixth floor of the YMCA by Minneapolis police. The video is too gruesome to watch. This is just one example of many murders by law enforcement of unarmed black men in Minnesota.

In some Minnesota classroom settings, students read texts that describe the black body as “savage, angry, ignorant and dangerous,” with a vernacular far south of the assumed proper version of the King’s English. The historical description of justice for the black American, applied as “unofficial justice,” dates back further than Jim Crow. It continues to promote stereotypes that coexist in the denial of basic civil rights within America’s social, economic and educational constructs for black and brown Americans. With that said, the continual definitions of “true identities” and the mainstream media’s “creation of untrue identities” have birthed an ongoing social stratification characterized by historical devices that lend themselves to indicate the poor, and people of color will never have positive encounters or outcomes with law enforcement, the media or each other.

We all know America’s law enforcement has always been the legal arm of the American sanitation of black and brown bodies. What took place in north Minneapolis, and what continues to be the juggernaut of Minnesota’s normalcy past, present and future is the targeted and designed arresting, imprisoning or killing of black men by some type of law enforcement, be it the police, or a lynch mob, our the main point in this story, we kill each other. In the broad sense, these killings send a disturbing message on many fronts: 1. Self-destructive behaviors are not always black and white, and 2. The same reasons some white police kill black men is the same reason black men kill black men; they see no future or value in the black body.

A story in The Atlantic asked “Should Black Lives Matter Focus on ‘Black-on-Black’ Murders?” – John McWhorter, a linguistics scholar at Columbia University wrote, “The reason Black Lives Matter has a lot of eyes rolling is not because people don’t care about black people and don’t understand the problem with police. The problem is that the typical black man in a particular kind of community is at much, much more risk of being killed by another black man. And you can’t argue it away.”

But there are many, inside the Black Lives Matter movement, the NAACP and the Urban League who will deny that black-on-black crime is even the issue. One might argue with the exception of BLM because of no formal 50(c) 3 status), the NAACP and the National/Local Urban Leagues can benefit from protesting police murders more than black-on-black crime simply because structural and institutional racism do not want to deal with this embarrassment. This was seen earlier in the week when Minnesota’s governor and left leaning lawmakers went public on wanting to look directly at an issue put in front of them over a dozen times in the last two-years: the blight of black Minnesotans in Minnesota. In any case, structural racism wins again.