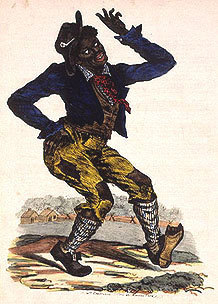 This is what the MNDFL, and left leaning state lawmakers see when they think of black Minnesotans.

Yes, the work was done to address Minnesota’s challenges within the black community, but of course, Gov. Mark Dayton and state DFLers ignored it.

By Don Allen, Publisher –Educator, Political Activist from the Right

In 2014 and 2015, the Council on Black Minnesotans, with the communities input developed a legislative agenda that would address most of the concerns being uncovered today by protesters, clergy, and local spokespersons. This agenda covered every major disparity in Minnesota’s black community and state infrastructure; from agriculture to small business expansion. The COBM provided a detailed plan to put a dent in generational and structural racism that has positioned Minnesota as the worst state for Black people in the United States.

Now, after the shooting of northside resident Jamar Clark, the protests and media coverage have embarrassed the governor and DFL elected officials to the point of them talking about a “special session” to deal with the Negro problem in Minnesota, created for the most part by DFL elected officials.

In the 2015 session, the Council on Black Minnesotans attempted to have their legislation heard on the hill, but as usual, it was not. Here is a list of the folks that virtually ignored the COBM’s legislative agenda:

This is funny, state DFLer’s who set out to destroy the COBM, now propose a “special session” to deal with their self-created Negro problem. What was wrong with the Council on Black Minnesotans legislative agenda? Why did the black senator from South Minneapolis supported the Asian council’s agenda and all the rest of the DFL hacks did everything they could to derail the council?

I don’t think the con-job is going to work this time. The political types already have the plan written earlier in the year; the problem is that plan would put black Minnesotans back in the game, they cannot have that, those Negroes might start voting Republican.

A message to governor Mark Dayton: Black Minnesotans are not as stupid as you take them for.