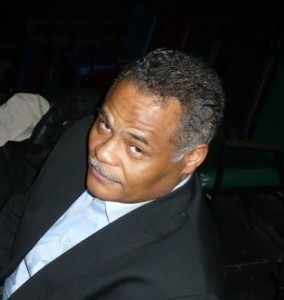 “I have watch too many black men grow old fighting for civil rights and equity in Minneapolis to let a group of self-serving nobodies just make noise and get on the television news.” ~Don Allen

Enough is enough. The organizers of the Twin Cities Black Lives Matter movement are planning a protest, march and rally focused on the Minnesota State Fair. I cannot comprehend the strategic planning, if any, by the high-fee paid leadership of the group. As a black man with a vision, I can see a hundred other missions that would be meaningful that help black Minnesotans live a piece of the American Dream. The motivation behind this of a secret agenda, one that puts the Twin Cities Black Lives Matter group one-step, one confrontation  from being shut down permanently.

I once took a solemn oath to defend the constitution against all enemies foreign and domestic. Be advised that no one has ever relieved me of my duties under this oath. Also, please be advised I understand the senseless killing of unarmed black men women must stop; but also, be advised, I understand that ALL life created by God in heaven matters and to take offense to that statement makes you and the movement you cherish so dearly an enemy of the state.

If Black Lives Matter, they would turn back to local agencies (city of Minneapolis/St. Paul,  State of Minnesota, etc.) and focus their protest in a meaningful way on those who continue to keep the proverbial boot on our head. The movement has enough members in Minnesota to look at and engage elected officials, department heads and corporations who don’t see the value of a black life. But, this is too right.

The Black Lives Matter movement in Minnesota led by Dr. Nekima Levy-Pounds, who happens to be the president of the Minneapolis NAACP is nothing more than an elaborate cover for alleged speaking engagement fees in excess of $5000.00.

If Black Lives Matter, the governor of Minnesota, Mark Dayton would understand that generational obstructions of wealth and economic development is taking the black community deeper into debt with no chance of living just a piece of the American Dream. Therefore the governor should honor well-laid-plans to grant funds to partnerships that focus and complete engagements inside the black community.

If Black Lives Matter, it, the movement would not be looked on a lie to give a few black talking heads a platform for television and newspaper interviews. If Black Lives Matter, they would see that Martin, Malcolm, Huey and Nelson are turning in their graves watching the despicable hypocrisy.

If Black Lives Matter, then a #APlanMatters.

1 Comment on "Black Lives Matter the movement does not matter"