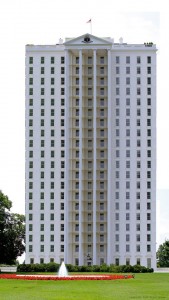 Spoiler Alert: I just thought you should know. Don’t let pluralistic ignorance get in the way of supporting a winner.

By Donald Allen, Black Man, and Conservative – who does not drink the Republican establishment or Democrat Kool Aid

It was a massacre on national television. Matter of fact is was not fair in the least to the other unprepared candidates.

Trump seemed to build an on-air coalition with the only black man running, Ben Carson; Ted Cruz and Trump sent signs and signals back and forth during the debate as if to tell American voters on the left and the right: The best is yet to come.

It doesn’t take a rocket scientist to see that Donald Trump is what Americans from all political parties and background have been waiting for…a man of high status, a businessman and someone that will say what needs to be said without biting his tongue. Already the dripping wet, bleeding left wing liberal media is trying to convince America television views that Trump’s candidacy is a farce, not worthy of any coverage. But we must ask, why did the mainstream media give Mr. Trump over a billion dollars in free advertising, marketing and public relations in an attempt to smear him on the six and ten? It didn’t work; Mr. Trump is way smarter than most major market media executives and sits at the top – by himself, like “someone at a Kennedy reunion” (Family Guy).

Americans should listen closely to the rhetoric by the mainstream media on Mr. Trump and finally figure out the media has never been a friend to poor, middle-class or wealthy; in most cases, the tube and the radio are just places to sell cars or talk about insurance…we all love Flo anyway.

The Republican Party of America, with their five black men and white-male patriarchal construct who never learned, nor wanted to learn about tearing the tent open will now see why someone like Mr. Trump; a man with the putz to do for America what she’s needed and wanted since the notorious Bill Clinton will have the support of whites, blacks, Hispanic, Asians, Somali’s, the poor, middle-class and those who want to work and be in the real America Dream.

The best part of this entertainment is watching the pretty blondes on Fox and other stations try to deconstruct something they never will touch or have in their lifetime…integrity.

1 Comment on "Donald J. Trump with style and grace crushes the GOP presidential candidates in the first televised debate"