You know who you are…yes you; the people who run nonprofit agencies in the poorest part of town and wouldn’t be caught dead walking in the streets after 7 pm. You have designed and maintained a system of check and balance that only assist the people who work in your office…

Minneapolis, Minn. – There is something to be said about organizations, politicians and community spokespersons who become ingrained in a process of using humans as a way to gain access for funding and dismissing the notion of helping their cash crop to become stable and acquire some type of standardized normalcy. 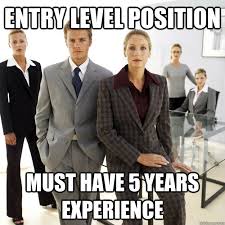 Minnesota Nice, the best of the Twin Cities.

Author Ralph Ellison wrote, “All my life I had been looking for something, and everywhere I turned someone tried telling me what it was. I accepted their answers too, though they were often in contradiction and even self-contradictory” (Invisible Man). In the Twin Cities some are “told” what they are, where to go and who they can be. This is a sad documentary on defining humanity, culture and identity in 2013. The status quo of poverty in the Twin Cities is to let those in poverty stay lost within their environments, undeveloped, misinformed and of course misguided.

Residents of the Twin Cities, especially those residing in areas with large populations of blacks, Asians, Hispanics, Somali, and the poor have seen a down-tick in proactive engagement and services. In most cases the right process would lift service-dependent clients up from current norms into an abnormal hemisphere of self-sufficiency while stabilizing their foundations into a station of strength, solidarity and forward progress. For that to happen, poverty in the Twin Cities would need to have an expiration date – an elimination of life-disrupting incidents brought on by circumstance, environments and the political infrastructure.

The protagonist blocking the success of the lower one-third and middle-class in the Twin Cities are those who operated in the areas of non-profit organizations whose life’s-blood depends on the next grant; number of poor, homeless, unhealthy, unemployed, untrained, uneducated and of course poor children. I need to make it very clear; there is a need for these agencies, but not at the current levels. A consolidation of repeat programing could form a cohesive tracking of those in need to the next level of personal success versus the multifaceted referral system, which in most cases has too many interconnected loopholes that leads to missing those who really need the assistance.

Another part of this puzzle is the lack of community engagement. The Star Tribune posted a story this week, “Where’s the community and the engagement?” – citing, “Community engagement seems to be all the rage these days as a buzzword at 1250 Broadway, headquarters of Minneapolis Public Schools.” Again, one of the many protagonists in Designer Poverty is the public school system. Community engagement does not mean asking teachers unions, hiring people who can’t read a book, write a proposal, talk in a sentence to do outreach – which the school system is currently doing. This unfavorable one-sided process is masked in conflict, irony – foreshadowed by a process that will not ever provide great outcomes. This is the true meaning of Designer Poverty.”

Other examples of origins of Designer Poverty and how it is created can been seen in real time by local agencies to include, but not limited to: Minneapolis Urban League, Minneapolis Foundation, Minnesota Black Chamber of Commerce, NAACP-MN, African-American Leadership Forum and of course, any political organization who takes their constituency for granted – this goes for the Minnesota DFL and the Minnesota GOP. Politics have not been a good bedfellow for those in poverty. In minority-ethnic communities, it is only a few that come to the table or organization, outreach and information. The usual suspects are encouraged and in some cases make WAM (walking around money) to redirect poverty-stricken residents into hopeless engagement similar to telling them, “If you buy a lottery ticket, you could have the winning ticket.” Perpetual anxiety, mixed with the promise of a “new tomorrow” complicates comprehension of the basic needs of humans who suffer.

Designer Poverty in the Twin Cities is a multi-billion dollar business. The people who benefit, for the most part don’t live within the boarders of the Twin Cities. To stay in business, successful measurable outcomes must be limited; focus must be narrow and the usual suspects must develop a secret agenda absent of the mainstream.

The ideology of non-profit social service agencies have been replaced with a “bank-like” operation that in most cases only helps itself.

Be the first to comment on "Designer Poverty: Come to the Twin Cities – we do it right!"