U.S. Secretary of Education Arne Duncan set a 2015 goal to bring more black male teachers to U.S. schools. “We want to have world-class teachers in every classroom, there is nothing more important, but for me, it’s also important that those teachers reflect the diversity of our nation,” Secretary Duncan told NBC News. So Secretary Duncan, what happened in Minnesota? 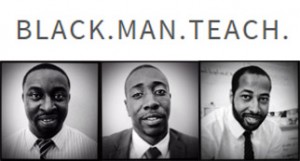 Heinz Endowments-supported efforts to increase the number of African American male teachers, which include the Black Men Teaching and Heinz Fellows.(photo: Fair Use)

Teachers are essential in our society: they represent one of the first formal role models children experience in their lives; a living example of how human beings should interact with each other and the environment they live in. They accomplish many multi-faceted parts: professor, psychologist, counselor, mediator, and entertainer; sometimes even the friend role. Teachers are the basis of society because in their hands, the minds and the values of millions of human beings are going to be molded and defined, something we sometimes take for granted.

As a multicultural civilization, our goal is to open the mind of every student and allow them to understand and embrace all the differences, the particularities and the unique features from each culture. African American culture and its legacy probably represent one of the biggest cultural heritages in our country and the inclusion of more African American teachers, particularly male ones, in our elementary schools is definitely one of the many things we still haven’t done in order to make sure this happens. It is very common to see female elementary school teachers, but when we talk about the male African American version of this job, we find ourselves in a very, very worrying position.

Why is this something we should be really worried about? Aren’t female teachers just perfect for children? Consider the following: we are talking about giving our children, especially our African American childhood, a genuine role model they can relate to. Humanity is filled with lots of prejudices and racist mindsets towards African Americans, some of them reinforced by the media and the authorities, which usually relate them with crime, street gangs and drugs. This is an extremely sad picture kids get from their own people in a daily basis, one that shows them as incapable of doing great things and get ahead in life; one that creates the ill-formed idea that they will never be able to achieve their dreams just because of their race and the their origins.

Once the African American youth have the chance to see a black male teacher leading their class, a change will occur: They will acquire the incredible opportunity to see a person who is just like them doing a positive deed, defending constructive values and giving them the advice and the confidence they needed. It is about feeling represented: realizing that in most of the times, the stereotypes established by our biased ways of thinking are completely wrong and that they have a real prospect to attain greatness and live a full life, because they finally had someone to look up to. Those kids, who are being tempted by the wrong things in their difficult neighborhoods and sometimes their difficult home circumstances, will finally have a reference to follow, a ray of light to guide them in these modern times of uncertainty.

Once we show them that in our nation every person, no matter what race or opinion they might have, has a true chance of being treated like a respectable citizen and build their life and ideas, we will be giving them the precise representation they crave for. African American male teachers in elementary schools should be a breakthrough we should all be fighting for, because it means fighting for a much more equal and tolerant world; a world where African American young people will have someone to look up to, and everyone else realizes they have to stop looking down upon something so natural and human: diversity. The example is not only for African Americans, but for everyone in our country.