Today I, Don Allen offer an olive branch to the Minneapolis Urban League. If I have to work to help keep the doors open, then let it be. It is much more important the agency survives its own storm with the assistance of broad thinkers like myself who hold the key to survival and re-invention. 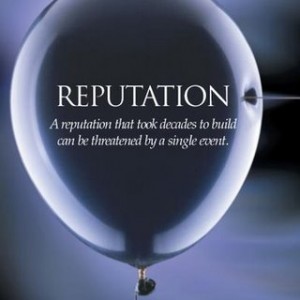 One right move today can make the difference for the Minneapolis Urban League.

Since 2007, the Minneapolis Urban League has been plagued with issues funding, accountability and questionable numbers of community members served by the agency. In 2007, community members were in shock as the city of Minneapolis re-directed over $700,000 in funding for a truancy program to another agency under the watchful hand of former Minneapolis mayor R.T. Rybak who maintained concerns the Minneapolis Urban Leagues program missed the mark in addressing critical needs in the areas of truancy and community engagement. The termination of the contract to manage the Curfew/Truancy Center also meant a dozen people hired by the program were unemployed effective December 31, 2007 when the current contract expires. The Minneapolis Urban League managed the program for the city and county since its inception, 12 years ago. The program was created as collaboration between then County Attorney (now U.S. Senator) Amy Klobachar, and then Minneapolis Mayor Sharon Sayles Belton.

Between 2008 and 2009, the Greater Twin Cities United Way pulled over $1 million from the agency. It was explained the United Way changed their focus from 7th-to-12th grade education to early childhood education and this was significant to MUL, because they operates both an elementary/middle school and high school that experienced a direct hit [approximately $500,000 per year].

In 2013, the Minnesota House of Representatives have enacted a bill attempting to establish a “13th” grade pilot project based in north Minneapolis. The bill, H.F. 1149 is part of an education and employability solution for young adults who are unemployed, underemployed and not enrolled in postsecondary education. Co-authored by Senators Jeff Hayden (D-SD 62), Bobby Joe Champion (D-SD 59), Representatives Ray Dehn (D-HD 59B) and Will Morgan (D-SD 56B), the bill is said to potentially impact over 3,000 young adults ages 18-26, placing them on college and career pathways by 2015. It states the commissioner of education shall develop a one-year “13th” grade pilot project, with one site being operated by the Minneapolis Urban League. Unfortunately, the oversight for this educational juggernaut was snatched away by the bills authors, leaving responsibilities only to officials and board members at the agency (MUL). That too was shut down when the Minneapolis Urban League was accused of potential double billing. The questions started after the Minneapolis School District awarded the Minneapolis Urban League as much as $800,000 a year for a program that never lived up to its promise of graduating the city’s most troubled high school students. Then Minnesota legislators agreed to give the Urban League $300,000 a year for nearly identical work, paying some of the same staff to work with many of the same students the school district already was paying to help. Now top state officials and Minneapolis school leaders are investigating whether the Urban League is getting paid twice for similar work (Star Tribune).

Needless to say, the Minneapolis Urban League has a trend, not a fluke of alleged mismanagement of resources.

The Minneapolis Urban League must come to the realization a different approach is needed before the agencies doors are shut for good. Here are my suggestions:

Be the first to comment on "What can the Minneapolis Urban League do to survive it’s own reputation?"