For those outside of reality, coonery exists as a tight fitting hat or a reversible reality.

Hortense Spillers, “Mama’s Baby, Papa’s Maybe,” becomes more timely and relevant in 2015 than ever before with the talk about the New Black. Hip Hop music artist Pharrell, interviewed by Oprah said,  “The New Black doesn’t blame other races for our issues.,” then, one of the world’s most successful musicians, said to Oprah, the billionaire queen of the world, “The New Black dreams and realizes that it’s not pigmentation: it’s a mentality and it’s either going to work for you or it’s going to work against you. And you’ve got to pick the side you’re going to be on.”

Pharrell lays bare huge blind spots in his cognitive thinking of picking the side (or identity) you are going to be. Choice and the operant construction of race, in step with severe structural violence for those who do not have it like the Pharrell (money, fame, women and prestige), is the spectacle for those on the outside looking in can only dream of obtaining, which makes Pharrell’s statements about the New Black even more arguable.  Pharrell’s comments are ultimately folly to people who do not fit in with his narrow ideas. He misses the point that “black outsiders” exist.

Spillers thoughts on the erasure of blackness, as it “inscribe[s] ‘ethnicity’ as a scene of negation,” through the construction of a binary opposition between “white” (or normalized American) and “black” family structures is a point that must be considered as fact.  In the analysis of any blind extension of blackness, we (scholars) must address statements from the people who perpetrate unoccupied materialism as a platform for the most absurd rhetoric.

In Spillers feminist-focused argument, the road of identification is shrouded and unclear: To her point, we (Blacks), are not in control of our identity, but assigned to an infrastructure by historical placement. “Embedded in a bizarre axiological ground, they demonstrate a sort of telegraphic coding; they are markers so loaded with mythical prepossession that there is no easy way for the agents buried beneath them to come clean.  In that regard, the names by which I am called in the public place render an example of signifying property plus.  In order for me to speak a truer word concerning myself, I must strip down through layers of attenuated meanings, made in excess over time, assigned by a particular historical order, and there await whatever marvels of my own inventiveness,” (67). 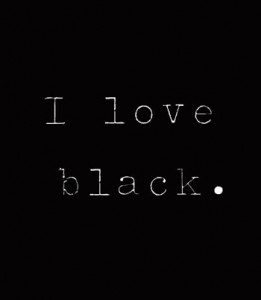 I love my people; I don’t love the coonery.

Rapper/actor Common fell into the same trap as Pharrell, while discussing the legacy of the 1960s Civil Rights Movement and the current tensions in an interview with John Stewart. Common said, “We all know there’s been some bad history in our country. We know that racism exists,” the star conceded, before adding, “I’m…extending a hand. In addition, I think many generations and different cultures are saying ‘Hey, we want to get past this. We have been bullied and we have been beat down, but we do not want it anymore. We’re not extending a fist and saying, ‘Hey, you did us wrong.’ It is more like ‘Hey, I am extending my hand in love. Let us forget about the past as much as we can, and let us move from where we are now. How can we help each other? Can you try to help us because we’re going to help ourselves, too.’ That’s really where we are right now.”

Again, Common presents a gaping blind spot in not understanding America is fixed. We can access Spillers and her argument in reflecting back on its major points.  It leaves us with the challenging supposition that maybe the ways in which historically gender and race has been configured for black men and women through slavery and its aftermath will always be a part of the constructed identity by the dominant white patriarchal structure. We (Blacks) sit outside of a dominant “American grammar.”

The so-called legitimacy of white, normative gender constructions as potentially radical ways of re-conceptualizing what it means to be a man or woman, black or white, rather than banishing the “illegitimacy” of black family structures as lacking something fundamentally in the American landscape.

Be the first to comment on "Analyzing Hortense Spillers “Mama’s Baby, Papa’s Maybe” and the New Black"