“If you’re member of society that has been brainwashed by the mainstream media, stop here and return to your seat.”

In preparation for Hamline University’s Commitment to Community keynote address on Oct. 1, 2013 by world-renowned author, educator and race expert Tim Wise, I have decided to begin the conversation about race using the mainstream media and the epidemic of white privilege and race obstructions in American news. While there is no remedy for a fair and balanced news coverage (FOX is light-years from “fair and balanced”), the mainstream media news remains a secluded sector. Mostly 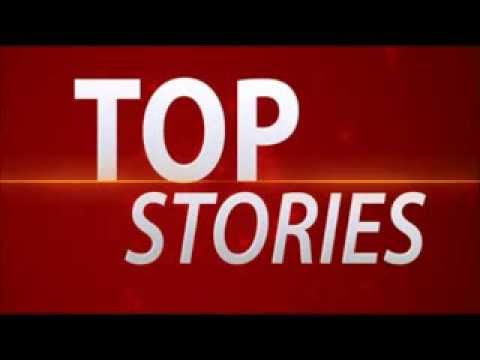 What’s up with news about black people in America?

controlled by white males, who in light of recent news coverage, seem to not give a damn about the plight of black Americans or any other minority groups, have presented no real coverage of anything black or black related unless it bleeds, shoots, kills or fails in school. Of course on the local scene, when was the last time you turned on the television and saw a report on something other than murder, death and kill in the black community?

So far, it is highly unlikely to separate news sensationalism from a possible normal social construct of how delivery of broadcast news is suppose to work. To even begin to talk about the norm, we would have to start our research well before television existed. The shameful part of the process is that black Americans are strained into a culture that is not our own by simply turning on the television set. Yes, I know there are many forms of black television like BET (Black Entertainment Television), but who watches BET – come on, really?

Black Americans own little to no corporate media. When laid out more specifically, there are 1500 newspapers, 1100 magazines, 9000 radio station, 1500 TV stations, 2400 publishers owned by only three corporations according to Injustice Facts. Fair.Org reports the five largest networks are Time Warner (1997 sales: $24 billion), Disney ($22 billion), Bertelsmann ($15 billion), Viacom ($13 billion), and Rupert Murdoch’s News Corporation ($11 billion). Yes, then we have OWN, the fledgling network allegedly owned by television talk queen and billionaire Oprah Winfrey. Winfrey, a huge Obama supporter, has walked in the same footsteps of the president, choosing to ignore the need for information distribution to the core of black America.

Just ask ABC, NBC, CBS, Fox News or any of the many cable television news outlets: Black news is not important unless it takes part in a despicable act. Corporate news is a monster with many working parts – too many. While some might think CNN’s news series, “Black in America” might cover the news and plight of black America, believe it when I say, “Black in America” is the picture perfect series about the black dilemma made for white America by design. On the flip side, don’t look for any constructive African American news coverage on FOX either. Most news you can use is “white here, white now.”

Before I move on, I would like to state that for the record, I don’t pardon anything Navy Yard murderer Aaron Alexis did in his shooting rampage. I’m concerned about the way the mainstream media has moved the American public away from news and information and into the sensationalism and twisted presentation of this tragedy. I understand politicians and special interest “lefty” groups want to react and take away weapons from law abiding citizens, but a crime of such magnitude could manifest in anyone for any reason. The predictability of a person with a weapon developing a mass shooter psychosis is like predicting when the family next door will win the lottery jackpot.

The re-criminalization of black America only needs a small national incident to push the ill-assumed stereotypes of blacks (especially black men) to being the most feared and criminalized caste of people in the United States. What troubles me is the hypocrisy and quickness of Americans and the mainstream media to forget the past and in this instance take advantage and use the black American Navy yard shooter Aaron Alexis as a catalyst to incite a vial hatred for guns and black Americans.

Malcolm X was right when he said, “The media’s the most powerful entity on earth. They have the power to make the innocent guilty and to make the guilty innocent, and that’s power. Because they control the minds of the masses.”

The mainstream media who now portrays the shooter Aaron Alexis (pre-crime), as a violent criminal cited Alexis’ checkered naval career (Navy official, via Washington Post); Mental health issues (Police report via New York Times); and how Alexis was arrested in Georgia in 2008 on a disorderly conduct charge in Georgia (Washington Post), is only a prelude for what is to come. This story will continue to get bigger – used to promote gun control, promoting race-baiting by the likes of Al Sharpton and Jesse Jackson,  and finally will be dressed up like an Emmy waiting for a limousine ride to the Academy Awards.

To add insult to injury, and something even more shocking: former Klu Klux Klan grand wizard David Duke recognizes the mainstream media’s lack of integrity. On his website, DavidDuke.com,  in a reflection of the Zimmerman/Martin trail he writes, “The acquittal of George Zimmerman is being used by the Zionist-controlled media in a blatant attempt to whip up African-American hatred against European-Americans— and they have engaged in this utterly false anti-European hate-fest as a means of diverting African-American attention away from the real cause of so many problems in black society.” He continues, “The Zionist-controlled media has deliberately created the impression among many African-Americans that Zimmerman is ‘white’ and that the incident in Florida was just another example of white racism.”  Duke nails it. The series of race-baiting press conferences presented by the Reverends Al Sharpton and Jesse Jackson is evidence of Duke’s claim. It is not black America’s finest hours at the six and ten.

While it is difficult to watch the made-for-television news and  “formatted” cosmetic-hype meant to promote these networks, one could argue  this kind of television reporting has nothing to do with news but everything to do with promoting a “brand” (CNN, ABC, CBS, FOX, NBC and MSNBC), which would make the reporting of a tragic situation by the mainstream media absolutely disingenuous and downright patronizing.

In a world of technology in news and information coverage, could there enough room to have a somewhat fair and meaningful representation of a successful black America?

Black Americans must participate at the same levels in the same mainstream media complex as whites. Until this happens, the average person with the reasonable amount of common sense will never have the opportunity to judge a black man by his character versus the violent misrepresentation from the mainstream media.

“Power to the people” – but not on the television.

What a difference race makes.