There is nothing new about being treated in the old ways. 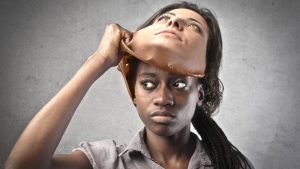 Racial prejudice: “My Culture Made Me Do It”

Minneapolis/St. Paul, Minn…(Editorial Opinion) – Every morning before I part from my family, I kiss my sons goodbye as if I will never see them again. I hug my wife and tell her I am the luckiest man in the world to have a woman like her. I know for sure, the world outside of my home looks at me with a historical reputation as savage, angry and bad…simply because of what I represent. The New Black says I need to relax…everything will be fine. Personally, I do not worry about what the white-male patriarchal system will try to do to me…but I am too busy planning what I will do to it.

As I stand in line at the Super America, the man ahead of me uses a credit card to pay for his gas; the clerk smiles, the transaction happens and its over. My turn to pay and I use my credit card…the clerk tells me, “We’ve had a lot of fraud here, and can I see your identification?” I quickly remind the clerk he did not ask the man before me for identification. But without hesitation, I look at this guy and hand him my drivers license. If do not comply and police are called, I put myself in the position of being a target for an old-fashioned police ass-whipping, or maybe end up dead – simply for questioning what authority-institutionalized racism is supposed to have over me in a hyphenated post-post something world.

When I hear super-rich music celebrities like Pharrell and Common talk about the New Black, who according to Common the New Black doesn’t blame other races for our issues, it makes his argument on blackness into an ignorant mentality that undermines the black body. Pharrell said in an interview posted on the Daily Beast, “The New Black dreams and realizes that it’s not pigmentation: it’s a mentality, and it’s either going to work for you or it’s going to work against you. And you’ve got to pick the side you’re going to be on.”

I know the historical and relevant ‘old black’ has one side, its survival. Common and Pharrell’s ignorance distributed on international mainstream media platforms sends the black body back to colored only drinking fountains and bathrooms. White outrage over the resent death of a security guard shot by police doesn’t fix black fear of living in racist America. It just extended conscious concern about the race-terrorism in police shootings.

There is a fear I feel when I am in spaces dominated by powerful white people, and it can’t be captured on video. Black folks and other people of color will understand the fear I feel, but after the past week – after watching Walter Scott run away from a white police officer and then fall as he is shot in the back, and watching others watch it – I am not sure white people will ever understand it, even when they, too bear witness to the violent end of a black life.”

I find the rhetoric about boycotting Indiana over the gay discrimination bill hilarious. If we climb out of our shells, Americans need to boycott the state of Georgia for sending a group of black teachers to prison while not sending a single white teacher to prison for the same offense.

Even more insulting is the number of Minnesota catholic priests who sexually abused young boys in the name of the Father, Son and Holy Ghost. Of course, none of these Minnesota priests were black…if they were black men, nothing short of calling out the National Guard in preparation for a public castration and hanging would be the order of the day…the New Black has no argument for this situation; the old black is clear on what he sees coming.

The reason why my editorial might be important to some at HU – last week, an HU criminal justice major, a senior, Jasmin, wanted to talk to me. Jessica said, “It’s interesting you write about race and injustices to black Americans. The classes I take for my major, [criminal justice never have conversations about unarmed black men gunned down by law enforcement.”

Should a college criminal justice majors be well-briefed on cultural injustices? Maybe not.

Black people continue to be the targets of extreme institutional and structural injustices and deadly violence from law enforcement. Some universities (including HU) play it safe – holding superficial panels with white professors and safe students of color who will not ask historical questions about the black body in white spaces, moving the focus of university leadership and equity to a state of being persona non grata in this academic setting.

We are living a national nightmare. The names and faces may change, but the bad dream remains the same. An unarmed black man, woman or child—middle-aged, teenage, sometimes (such as in the case of Tamir Rice) as young as 12—is shot down in cold blood by police officers who claim self-defense. These unjust deaths are even more infuriating because they have become normalized in American culture. Racist police shootings of black men are not simply an epidemic but, rather, the status quo that even White House task forces and DOJ investigations are helpless to eradicate.

I need to be very clear; there is no post-racial society. If the national unemployment rate for black people is 10.1 percent, which is almost double the overall national unemployment rate – as it has been for decades, America has a race issue. If a record 12.2 million African Americans are no longer in the labor force according to the 2015 Department of Labor report published on April 1, America has a race challenge. This should come as no surprise. The black body is often the first to bear the burden of cutbacks in and often the last to find positions with a living wage and benefits.

If a police officer can unload his weapon into a black body, and people raise funds to support the officer – be mindful, an American civil war is fast approaching – and it will be televised: “The New Black, Bullets and Racism.”

Be the first to comment on "The New Black, Bullets and Racism"