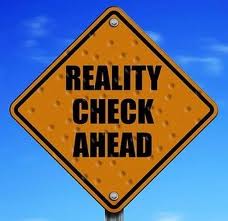 Check a solution at the door…please?

SO I TOOK MY “WOO-SAH” MOMENT BEFORE I DECIDED TO POST…HERE GOES:

Today I listened to an elected official, who I do have a lot of respect for, on the radio this morning speaking on the Jamar Clark shooting and the police. I have trouble with ELECTED official joining the US vs THEM team, because it is my belief that they should be neutral since they REPRESENT both sides…. I hate even using the term “sides” because it supports division.

Hearing politicians say north Minneapolis is being “Over Policed” strikes me as odd.

Are they sleeping through the shots fired calls, or the shootings/homicides in North Minneapolis on nearly a daily basis?

Are they sleeping through the burglaries, some of which have led to murders or serious assaults in North Minneapolis? Perhaps 68-year-old Susan Spillers family would disagree, or the family of 69-year-old murder victim Thomas Sonnenberg and his wife who was held hostage and raped, by a suspect who was supposed to be tying up loose ends before reporting to prison to begin serving a 33-month sentence for violating probation he’d gotten for assaulting a Metro Transit bus driver. He’s also been sentenced to 24 months in a separate assault case.

Are you sleeping through the numerous fights throughout the community that have started to seep into downtown Minneapolis?

Are you sleeping through the rise in Heroin overdoses in North Minneapolis?

Are you sleeping through the more than 700 calls for Domestic Violence in the past 3-7 years in North Minneapolis, mostly in the Follwell Park Area?

Did you sleep through the homicide of the teenager shot down like a dog in the alley on on 38th/Colfax Ave North, or the 2 other shooting hours later, on the body found frozen in the car off Sheridan/Plymouth or the shooting in Shingle Creek neighborhood a week ago (blocks from my mother), of the shooting on Hwy 94 near Dowling Ave.

Have you slept through the MANY fathers, brothers, sons, daughters, babies, mothers, sisters, nieces and nephews who have died by gun fire in North Minneapolis, or who are now paralyzed, etc…

How do you over police a high crime area? Which residents are you speaking for when you make that statement? One segment wants less policing or no police and the rest want faster responses from the police or more officers hired.

Who do you represent?

As an ELECTED official where do you strike that fair balance?

How about the fact that the police officers “policing that area” are assigned to police NORTH MINNEAPOLIS? On an average shifts have seven officers on the street for 15 neighborhoods in North Minneapolis.

If there is a shooting the community may go WITHOUT an officer to respond to their calls, or may have a long wait, or officers may have to be pulled from another precinct, lowering their minimums.

How about finding solutions to REDUCE crime in the community, like Economics (JOBS), “REAL” Affordable Housing, a police department that is “Reflective” of the community (Providing they want to work there with all the negative support they are already receiving) and supporting “REAL” partnerships in the community…. Some of these things are LEGISLATIVE.

In other states officers are no longer being proactive or “hesitant” to police.

When people say a community is being “over-policed” what’s your solution? Respond to 911 calls only? What would the constituents say to that? What would be crime victims say?

SOLUTION, SOLUTIONS, SOLUTIONS… Finger pointing has yet to resolve any problems in Minneapolis.