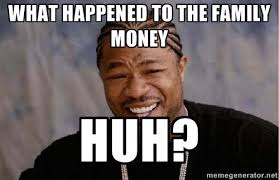 Where is the money raised by other organizations on behalf of Jamar Clark? (photo: Fair Use – Google Search)

Video by YouTube user “Papa Bear.” Published on Dec 8, 2015: In a scathing phone call received by The Honorable Gaetano Lucchese. Tomi Ward, the sister of Jamar Clark, the 24 year old black man killed by Minneapolis Police in November while allegedly in handcuffs has accused members of several Twin-Cities groups with misappropriating funds donated for Jamar Clark’s memorial. (Disclaimer: All allegations are considered “alleged” until proven in the court of law.)

Minneapolis, Minn. – In breaking news sources tell Our Black News that a coalition led by Minneapolis pastor Jerry McAfee has raised the money and purchased a headstone for the gravesite of police shooting victim Jamar Clark. If you recall in 2015, Minneapolis police gunned-down Clark after a mysterious and unsolved set of events, which have no video to support any speculations at this point. A resident of north Minneapolis, Clark it was alleged that after an altercation involving his girlfriend police shot Clark. No information has been available about the girlfriend or severity of her injuries.

This is controversially because during the occupation of north Minneapolis’ Fourth Precinct, it was alleged by eyewitnesses that sympathizers handed envelopes of money, including checks to leaders of various organizations that “said” they would make sure the monies were directed to Clark and his family for any expenses.

There has been no comment by members of the neither Minneapolis NAACP, nor Black Lives Matter as to the amount, if any collect on behalf of Clark, but there is a video (above) of Clark’s sister alleging money in excess of $100,000.00 is unaccounted.

If you have donated to the Jamar Clark fund and are not a member of the coalition who have raised money and actually purchased the headstone, you are encouraged to call your local police department and file an official complaint.

Again, community activist and historian Ronald A. Edwards said, “It is important we find out what happened to thousands of dollars donated on behalf of Jamar Clark. More importantly, the people who took the money must be held accountable.”