Sometimes I like Al Flowers; sometimes not so much. Regardless of my personal state-of-mind, Flowers, the public figure, became a victim of something that many black men and women in Minneapolis call police misconduct. Of course Flowers cannot get any assistance from the Minneapolis NAACP, because not all #blacklivesmatter, and social justice is some time “just-us-for-a-few” to get on television. 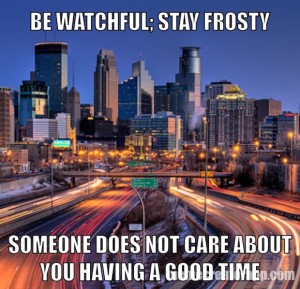 Wonder who that could be?

Minneapolis, Minn. – There are several different accounts, depending who you ask to what happened on the night of July 25, 2014 when Minneapolis police arrested CSI front man and talk show host Alfred Flowers.“According to the complaint, officers Christopher Reiter and Jon Schliesing told Flowers several times when asked during the incident that they did not have a warrant” (Star Tribune).

Then why did Minneapolis police enter the home of Flowers and allegedly beat him before, during and after he was handcuffed according to Flowers? Flowers told OBN he sustained severe injuries to his head, eyes, ribs and back; and was kicked so many times in the groin at one point he said, “Man, I didn’t think I would make it out alive.”

Yes, Flowers took and old fashion Minneapolis police ass whipping, but still, the city attorney’s office said, “Flowers’ damages [severe injuries to his head, eyes, ribs and back] were caused by his own actions,” according to the fairytale posted on the Star Tribune website. In August 2014, a political move by Minneapolis Mayor Betsy Hodges, as she appointed lawyer Donald Lewis [who gave the maximum amount to her 2013 election], to lead what she described as an independent investigation into a police arrest-involving activist Al Flowers (“Mayor appoints lawyer to probe Al Flowers arrest” August 8, 2014 Star Tribune).

This report by Mr. Lewis, as not been made public, nor is the Minneapolis Department of Civil Rights ready to rally behind Flowers in his claim of physical and mental abuse at the hands of the police…this is always been the status quo when public figures deal with Minneapolis’ most dysfunctional city department.

Flowers and his attorney, Minnesota state senator Bobby Joe Champion have filed a suit in federal court seeking an undetermined outcome, but I’m sure this time it might be more than a $1.

Still there are some questions that need to be asked:

The Minneapolis police, the mayor’s office and a missing report might shed some light on what is really happening and what police might have found inside the home of Flowers that demanded the police to break the law.