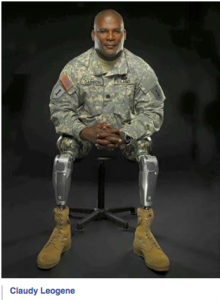 Many people are saying Bruce Jenner is brave and courageous but you don’t see too many people sharing LT.Colonel.

No schoolteacher in Minnesota should have to explain the transition of Bruce Jenner to his or her students until black history, race and caste politics becomes a core standard in Minnesota’s public school system. Can we get back to making black lives better?

Black Minnesotans again, have been given the short end of the stick. Black Community members from all across the United States supported same-sex-marriage on behalf of their LGBTIQ friends, families and co-workers with hopes black Minnesotans would get the same support. When legislation was passed making same-sex-marriage legal, a deafening silence replaces marches, protests and lobbying on behalf of the black body for civil rights issues of equity. No…the LGBTIQ community never came back to assist; so why must we (blacks) celebrate without question the ungodly pop culture sensation Bruce Jenner?

On June 1 at 1:55 p.m. Minnesota congressman Keith Ellison posted this message on his Facebook page: “Thank you for your bravery, Caitlyn Jenner. I hope that sharing your story will help change hearts and minds so we can address violence against the trans community, especially trans women of color.”

The problem with congressman Ellison’s statement is one of looking the other way and not really taking care of business in his own back yard. This becomes problematic when talking about bravery and trans women of color in Minnesota that are affected by the same type of prejudices every other black person deals with here (ACLU).

Across the street from the congressman’s north Minneapolis office located inside the Minneapolis Urban League is a health clinic were according to Hennepin County (Minn.), over 91 percent of the resident who use the clinic are more than 200 percent below the federal poverty line (2012 Hennepin County). I do not feel Ellison’s statement was one of sincerity when in his own district, under his watch structural violence in the form of arrests of blacks with no accountability (in some cases they did not commit a crime), unemployment numbers, gaps in education between whites and black learners; and the housing for the homeless are at some of the highest levels in the United States. In Minnesota some areas have turned into a concentration camp of perpetual blight with black-on-black shootings and killings being the main attraction for local media. There can be no bravery in a community where poverty, political exclusion and bad systems of education control information.

I understand why the congressman posted on Facebook about Bruce Jenner’s bravery and transformation, it was to stay in step with the liberal machine of checks and balances that will win the hearts of the blinded masses (and maybe a presidential election for Hillary Clinton).

In reality, I do not give a damn about Bruce Jenner and his pop culture circus with the Kardashians. What confuses me terribly is the fact, based on history, black lives (circumstances) do not matter.

Be the first to comment on "Minnesota: When can Black Minnesotans be recognized for bravery and be trans-formed?"