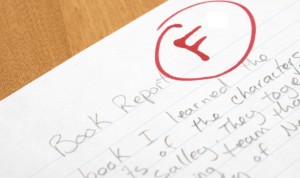 The evolution of Jim Crow seems to follow black Minnesotans into employment, economic development and education. The governor’s universal preschool plan for 4-year-olds will drive every program created by people of color outside MN’s public education system out of business. Cultural competence is being met by political bamboozling.

I was inspired to write this piece after hearing reports on Minnesota Public Radio and just recently reading Joe Nathans piece, “Column: Four requests of the governor, state legislators.”

Again, I am put in a tough position trying to explain to my brothers and sisters about what is happening at the state legislature without our consent, which will lead to the further destruction of our black youth in the public education system. The Pre-K bill that the House and Senate produced is one of political favors and a payback to Minnesota’s public education system for some deed done that was aligned in lock step with the Democratic Farm Labor party (DFL). Governor Dayton wants to make free all-day kindergarten available around the state and spend more than $100 million on preschool programs for 4-year-olds in public schools…free sounds great, but because of the programming done to black Minnesotans this free will cost us dearly.

If an expert says Dayton’s plan is no good, then why are black Minnesotans not talking about it? (Jim Crow training.)

An expert on the guts of this bill Art Rolnick, the former research director at the Federal Reserve Bank of Minneapolis who supported Dayton’s previous efforts to expand learning for the youngest children, now a policy fellow at the Humphrey School of Public Affairs, has made researching early childhood education a big part of his life’s work doesn’t back the governor’s universal preschool plan for 4-year-olds. Rolnick prefers an existing scholarship program that pays for needy children to attend Head Start, a childcare facility or a public school program that meets quality standards. He said Dayton’s plan is misguided because it would subsidize early education for all kids rather than target low-income children who need early education the most and are the least likely to have access to it (MPR).

The other catch 22 is if passed, this bill will put most private pre-K educational facilities like Montessori schools out of business. This means, a program ran by black Minnesotans, for black (or children of color), low-income, poverty stricken will have to enter into a system that has proven beyond a reasonable doubt that black bodies do not matter and educating these bodies, based on Minnesota school systems continuing decline means nothing. Of course, the African American Leadership Forum fully endorse Dayton’s plan, which should be telling in itself. A black organization supporting more failure for black children…think about it. (There has always been overseers.)

Let me remind you; white students sit in the same classrooms besides our failing black students in Twin Cities and manage to maintain a passing grade. The public school system was never set up with a cultural competence piece to teach black students.

Dr. Paul Farmer an expert on structural violence would say this in light of what’s happening to black Minnesotans

“Structural violence is one way of describing social arrangements that put individuals and populations in harm’s way… The arrangements are structural because they are embedded in the political and economic organization of our social world; they are violent because they cause injury to people … neither culture nor pure individual will is at fault; rather, historically given (and often economically driven) processes and forces conspire to constrain individual agency. Structural violence is visited upon all those whose social status denies them access to the fruits of scientific and social progress.”

The catastrophic failure of Minnesota’s public education system has roots that reach from the training of new teachers to testing. Minnesota has looked the other way when Arne Duncan, U.S. Secretary of Education in a visit to Minnesota suggested more black male teachers in the classroom might be a start to close the gap. The Minnesota Board of Teaching, who controls the Minnesota Teachers Licensure Exam (MTLE), has continued to let what I allege is the racist organization Pearson dictate testing in Minnesota from the Commonwealth of Massachusetts. Pearson’s farms out its testing development to another firm in the same state. What we get in Minnesota is a test where the first few question is about Hitler’s drive into Europe (Allen 9/13).

The state of Minnesota is not complicit alone in its social arrangements. There are several politically driven “educational nonprofits,” which maintain their non-partisanship demeanor, but their actions aligning with DFL tactics show otherwise.

The Minneapolis Foundation, Charter School Partners, Educators for Excellence, Education Evolving, Migizi Communications, Minnesota Business Partnership, MinnCAN, Parent Aware for School Readiness, and Put Students First Minnesota all need to be questioned about their intent. All listed agencies are well-established, stocked with white females, but yet do not have a plan to assist black bodies failing in the public school systems – but think governor Dayton’s pre-K bill is a formula dropped out of Mount Olympus.

Another piece of this pre-K puzzle is the voice of our black elected officials. Senators Bobby Joe Champion, Jeff Hayden and state representative Rena Moran have remained virtually silent about Dayton’s pre-K bonanza. Black people in the black community do not know enough about this bill other than if Dayton says its good…its good; he’s a democrat, president Obama is a democrat…the bill must be good. The step and fetch-it mentality of the black community will be their undoing unless we start to pay attention when these white men and women talk about spending and re-routing billions and not one red cent will touch the black community, or its children in the public school system.

What should happen at the end of the day is that if a universal pre-K bill is passed, parents and legal guardians should be able to chose where the money goes. So if I want to send my 4-year-old to a Montessori program, the voucher I have will direct money to that program because I feel strongly this is the best option for my child.

Minnesota state government is not a parent of your young pre-school children. Do not let them start now.

Structural violence has a chokehold on black Minnesotans.